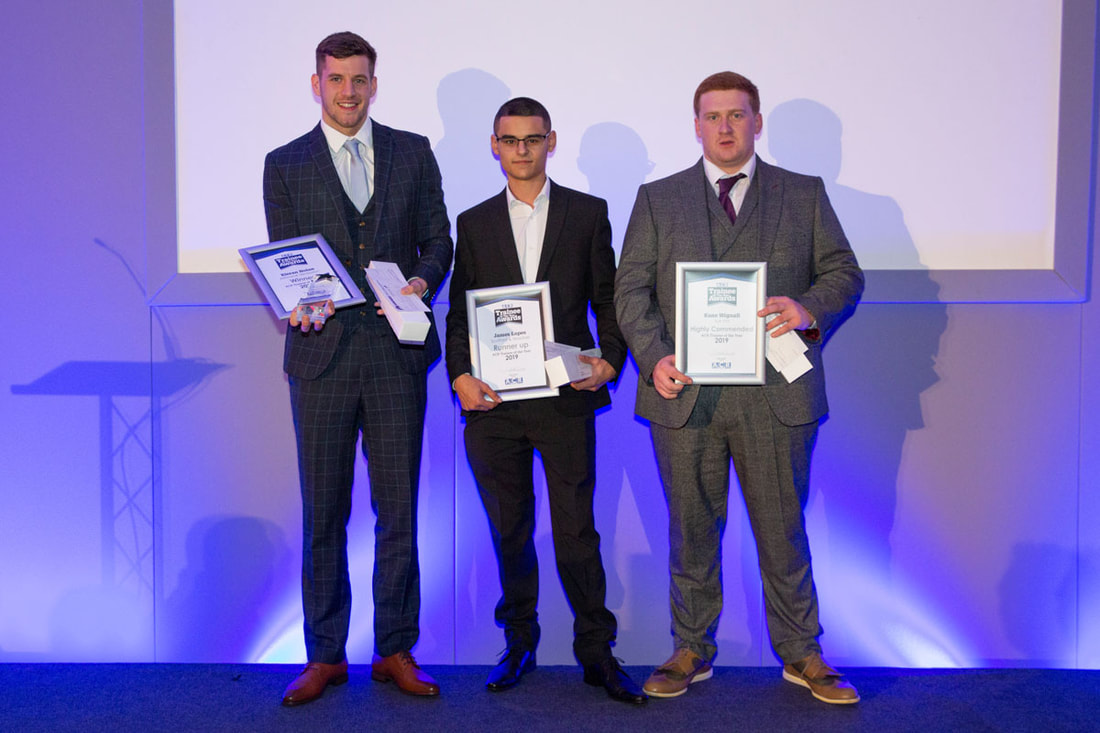 From left, ACR Trainee of the Year 2019 Kieran Nolan with runner-up James Lopes and Kane Wignall, who was highly commended

Kieran Nolan of Manchester-based AirSource Ventilation was named ACR Trainee of the Year 2019 as the event marked its 10th year with a sold-out lunch at The Belfry.

Kieran, trained at the Practical Refrigeration Training Centre in Burnley, is refrigeration supervisor at AirSource and was described by managing director David Clayton as ‘’hungry to learn and progress’’ The judges recognised his work with the design team and his ‘’overall pro-activeness’’

The first ACR Trainee of the Year event was held in 2010 and this year’s leading apprentices were joined at The Belfry by previous winners.

Beijer Ref UK, through its wholesalers, is proud to sponsor the established and well-respected ACR Trainee of the Year Awards. From the start, industry respect was born. This was from the fact that all monies raised from the event were, and continue to be, reinvested into the future of the industry through the trainees and their trainers