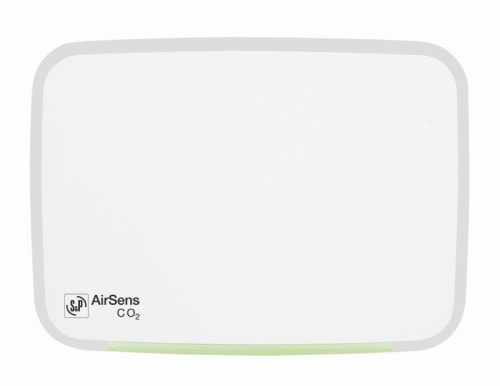 The Government said in new Covid guidance this month that CO₂ monitors should be used in a range of sectors and settings to help identify poorly ventilated indoor areas, take action to maximise fresh air, and reduce the risk of airborne transmission of diseases.

Lee Page, sales director at S&P UK, said: “We have released our AirSens range (IAQ sensors to help businesses, schools and colleges, as well as homeowners, to easily identify and take action over inadequate levels of IAQ – which is no longer just a buzzword. This will also lower the risk of spreading airborne diseases like Covid.”

The AirSens CO2 monitor can be adapted to fit any space due to its wireless technology and is designed for indoor areas where occupancy rates can change frequently.

The Health and Safety Executive has stated that CO₂ values in indoor areas should be at least 800ppm (parts per million) and not exceed 1500ppm. The AirSens CO₂ monitor has a range of 450-2000ppm and has an in-built demand-controlled ventilation.

The AirSens VOC is designed for places with sporadic changes to the accumulation of substances derived from odours such as alcohols, ketones and organic acids. The AirSens RH is most efficient in highly humid areas such as bathrooms.