​The challenge with chiller systems not operating with a BEMS is that they can work against the HVAC systems. That can end up with high energy bills as the heating and cooling system battle it out.

There is no such challenge with chillers delivered with built-in BEMS capability. End customers can simply connect them up to their control systems and oversee their operation.

​“Today’s buildings have intelligent, algorithm-based controls designed to integrate the operation of the existing HVAC system. The arrival of a stand-alone temporary chiller can have a negative impact on the carefully calibrated balance of the system, particularly as the temporary chiller is often a replacement for an existing chiller that is either being repaired or replaced – and therefore offline.”

​Carrier Rental Systems recently delivered one of their chillers with the built-in BEMS to a hospital in Northern Ireland. The chiller was connected to their building control system and worked seamlessly. There were no interruptions to the existing conditions as a result meaning that the wards and operating theatres were kept the same. 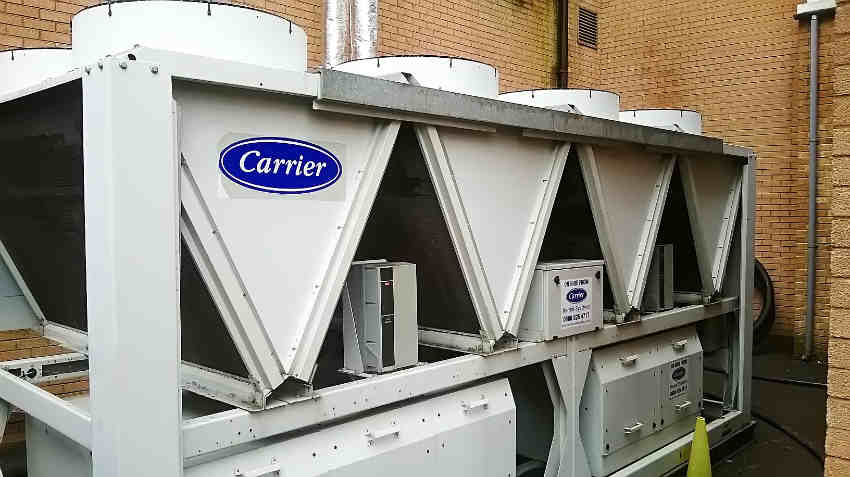