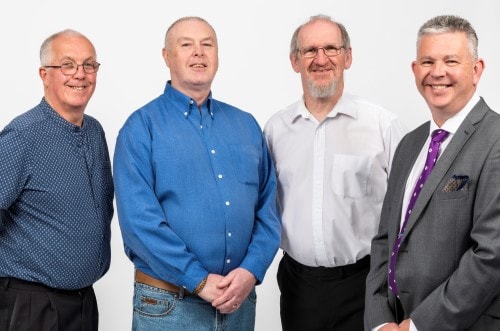 Over the past five decades, Nuaire has introduced many significant products into the market, including its Positive Input Ventilation (PIV) units and the recently launched Haven. Supplying to over 40 countries worldwide, in 2020 the company made headlines for its efforts in the battle against COVID-19, delivering its indoor ventilation products to COVID recovery units and hospitals.

The anniversary follows the businesses’ recent expansion, having acquired an additional site in Caerphilly earlier this year to add new scale and capabilities to its operations.

Managing director Wayne Glover said: “We’re extremely proud to be marking this momentous occasion this month. After all, celebrating 50 years in Caerphilly is no small feat, and during this time, Nuaire has been at the forefront of innovation in indoor air quality. We are committed to ongoing product development. I’ve been at the company for 30 years, and during that time, the company has grown beyond anticipation. 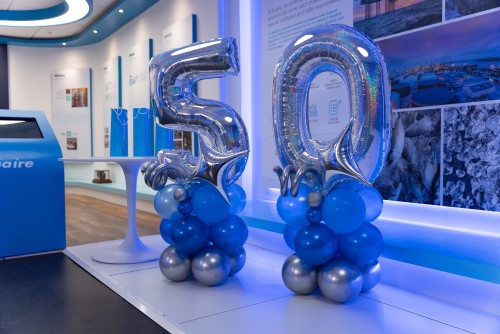 “We couldn’t have reached this milestone without the support of our team, some of whom have been with us for five decades themselves. We pride ourselves on team retention, maintaining the family feeling throughout our company growth, and we’ve seen multiple generations join our team. I believe that it’s because we’re passionate about creating a workplace where people can develop, thrive, build friendships, and feel a part of something bigger. I want to thank our team, customers, and partners for helping us to reach this golden anniversary. Here’s to the next 50 years.”

Nuaire boasts a team of nearly 600 people worldwide, offering employment opportunities in the Caerphilly area and beyond. As the company marks this anniversary, some of its team members are also celebrating 50 years at Nuaire, including Ken Holland, Gareth Owen, and Michael Jones.

Speaking of his time at Nuaire and the company anniversary, Ken Holland said: “Over the last 50 years, I’ve had the opportunity to grow in my role at Nuaire in the maintenance department. I’ve watched as the company continues to grow, to introduce new products and innovate in the indoor air quality sector, and I’m proud to have been a part of that. Although, I don’t have plans to slow down any time soon and I will continue to be a part of the Nuaire team for some time yet.”