High-efficiency Toshiba VRF air conditioning – complete with around 5km of electrical cabling – has been installed as part of a fast-track project for the new NHS Nightingale Hospital at Exeter.

The 116-bed facility is part of the UK’s network of seven Nightingale Hospitals designed to treat patients with coronavirus, and remains on standby in case extra capacity is needed. 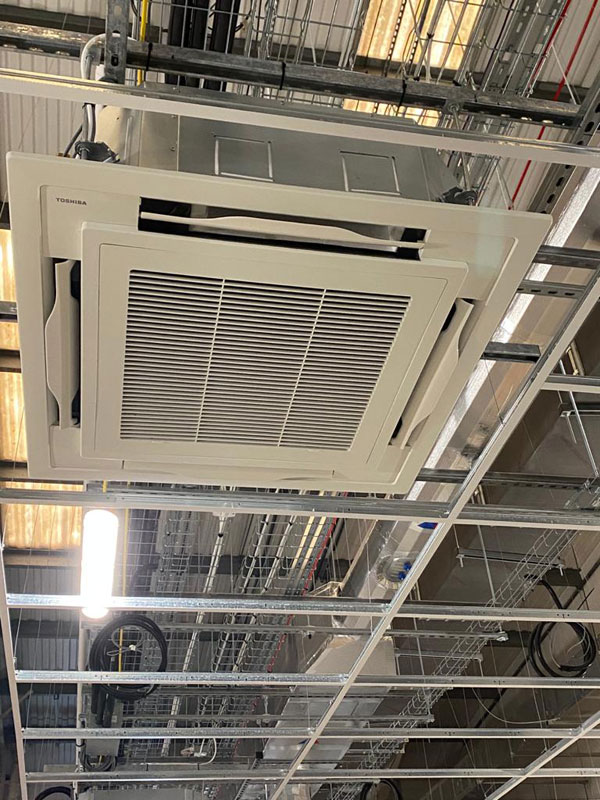 “It is a substantial project and involved high heat gains due to the intensive care medical equipment used on wards. It required careful planning due to the complexities of the site and the critical healthcare application,” said Gary Tidball, who headed the design and installation project for Mechanical and Electrical contractor TClarke. “We selected Toshiba because of its reliability and the company’s large capacity cassettes, which enable a high density of cooling with minimal intrusion of indoor units into the space.

“The support we received from Toshiba throughout the project was outstanding. Seven-day-a-week working was required to meet the project timetable, and early on in the project, Toshiba’s regional sales manager Wayne Dolley himself delivered units to site over a weekend to ensure work could progress.”

To optimise air circulation and cooling, TClarke converted the 4-way cassettes to two-way units, augmenting lateral coverage along the length of wards. Closing off two side-outlets in this way delivers increased cooling and air-throw to the remaining open louvres. 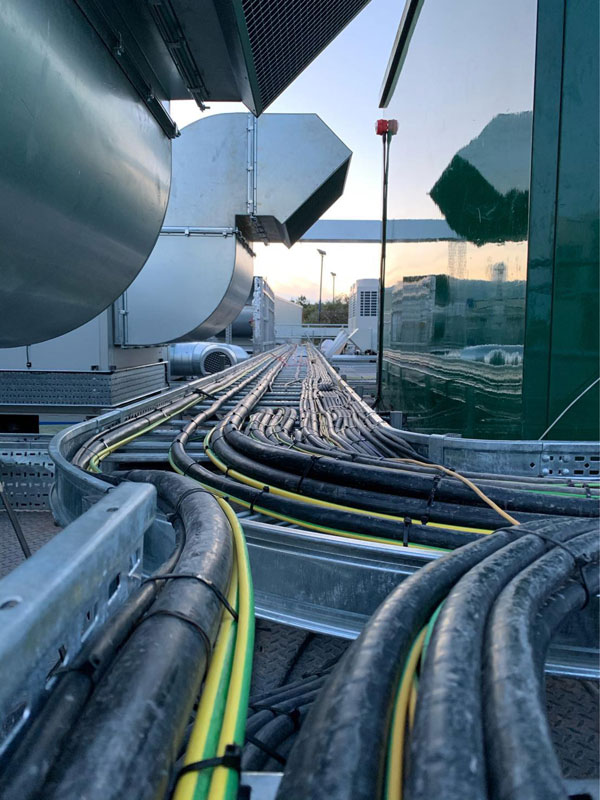 The project involves around 5km of electrical cabling

The system uses an advanced rotary compressor, developed and manufactured by Toshiba, which uses a two-stage compression process for improved efficiency and performance. Wear surfaces on compression vanes are treated with a high-tech Diamond-Like Carbon (DLC) coating, giving outstanding hardness, wear resistance and reliability. This enables a significant increase in compressor rotation speed, resulting in a higher displacement volume – up to 50% greater than for the previous generation of VRF systems, delivering a higher duty from a smaller compressor, with less power.