The 2016 Tesco Huff and Puff Charity Golf Day on 16th June 2016 added yet more funds to its charity. 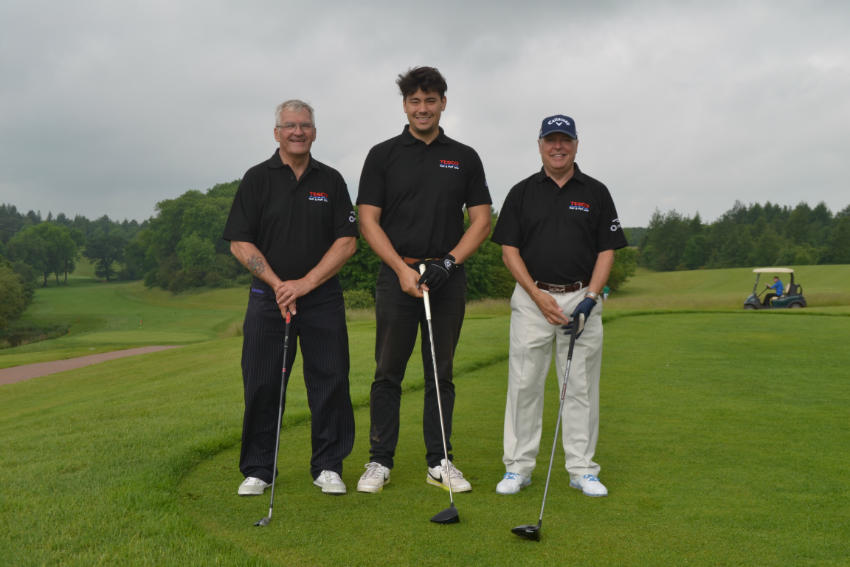 John Hughes (left) with his team before teeing off at the 2016 Tesco Huff & Puff Golf Day
​The 2016 Tesco Huff and Puff Charity Golf Day on 16th June 2016 added yet more funds to its charity.
The event, organised by the tireless John Hughes, has raised nearly £60,000 in the six years since it started. On the day, John's Huff & Puff Golf Day raised £5,750 for Tesco's nominated charity.

This year, the rains and the winds held off until the ACR Journal editor's team made it to the 18th hole. At which point, the heavens opened sending torrents of rainwater across the green making it impossible to play. It was just as well. The editor, Will Hawkins, had just about run out of balls.