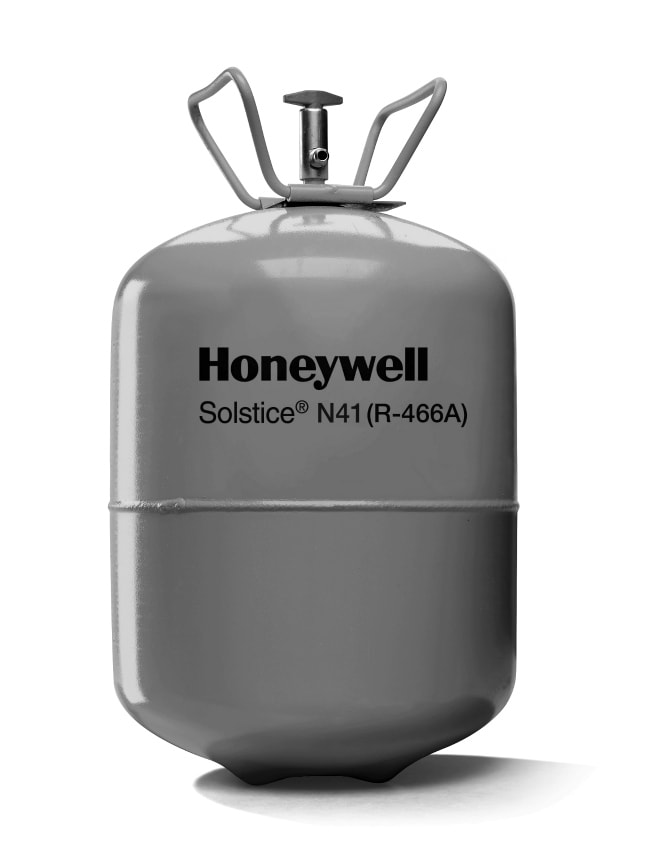 The Japan Society of Refrigeration and Air Conditioning Engineers (JSRAE) have recognised Honeywell's Solstice N41 (R-466A) low global warming potential refrigerant as a "new" alternative "inert refrigerant" for R410a.  The recognition follows the American Society for Heating, Refrigerating and Air Conditioning Engineers (ASHRAE) approval of Solstice N41 as an A1 refrigerant in 2019, meaning it has no flame propagation and low toxicity. JSRAE’s accreditation provides additional support for Solstice N41’s global adoption and use.

With a 65 percent lower GWP and a 100% match in performance (capacity and energy efficiency) versus R-410A, Solstice N41 is the first replacement refrigerant that delivers all three attributes and provides the same safety level to contractors and customers as R-410A. All other alternatives proposed to date as R-410A replacements are flammable, which increases the risk to end-users and installers. It also requires cumbersome changes to safety standards and building codes, and OEM equipment production lines.

Chris LaPietra, vice president and general manager, Honeywell Stationary Refrigerants, said: "Solstice N41 is a safe and economical solution for original equipment manufacturers in Japan and around the world who are seeking to replace R-410A with an energy-efficient solution that is safe for the environment, without sacrificing performance. We specifically developed Solstice N41 to address the many regulatory and safety issues facing the industry, and its recognition by JSRAE will enable further global development as we move towards commercializing this solution.”

Solstice N41 is currently being extensively tested by over 15 OEMs and leading compressor manufacturers, including OEMs in Japan. It has accumulated more than 100,000 hours of testing in different applications such as commercial AC (VRF, rooftops) and residential AC (unitary ducted equipment in the USA). In Japan, the JSRAE designation is a key milestone for VRF OEMs to phase down HFCs in these applications.