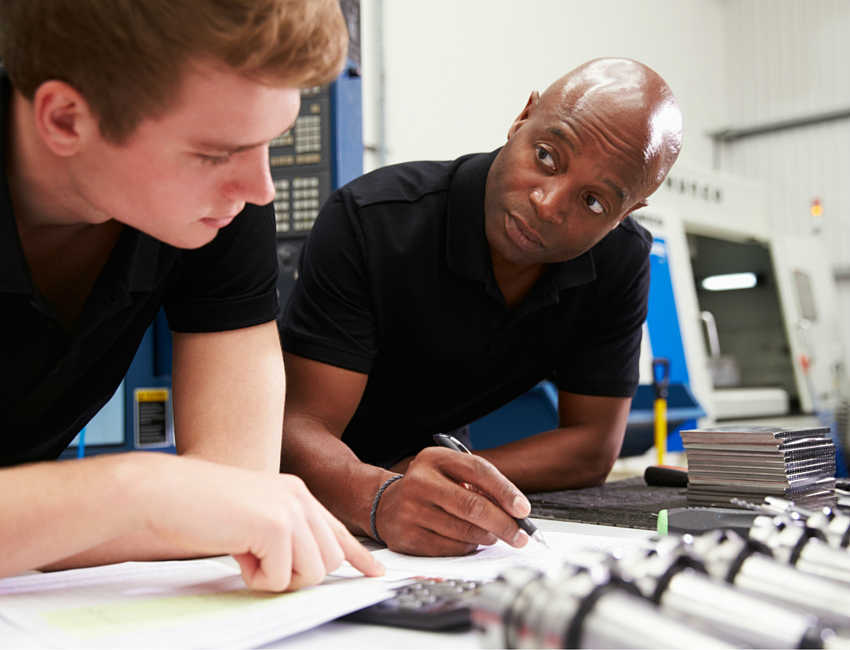 The refrigeration, air conditioning and heat pump (RACHP) industry took a major step forward this week in the challenge to encourage more young people into the sector with the launch of its new Engineering Technician Apprenticeship scheme.

The new apprenticeship, co-launched by ACRIB, the Institute of Refrigeration and employers as part of the national apprenticeship objectives, focuses on practicalities and fundamentals of refrigeration, air conditioning and heat pumps to help apprentices develop their careers.
The 'RACHP Engineering Technician Trailblazer Apprenticeship' is a Level 3 training scheme which takes three years to complete. Its designers describe it as the ‘new standard on fundamental scientific principles and the application of knowledge’ for the industry. The new apprenticeship will provide national and professional recognition for the individual when they the qualify.

Importantly, the new ‘Eng. Tech.’ qualification ensures employers have a vested interested in bringing new entrants into the RACHP industry through government funding.

Employers, such as Sainsbury’s, Carter Synergy, Star Refrigeration, Space Engineering, Daikin, Mitsubishi Electric, Adcock and Integral, have got behind the apprenticeship to help them fill skills gaps in their businesses.
​
The government is supporting the scheme with funding through its national apprenticeship scheme. Employers have to contribute a third of the cost for the three-year scheme, the cap for which is £9,000. The government will fund the remaining two-thirds (i.e. up to £6,000).
Content continues after advertisements

Work On Anything, Practically

To gain the qualification, apprentices have to be ‘competent to work on any refrigeration, air conditioning or heat pump system [which uses] the vapour compression cycle.’ The group which designed the Engineering Technician apprenticeship for the RACHP industry have made it a very practical scheme, something which has been lacking, as far as employers are concerned.

Much of the apprentices learning will be ‘on the job’. In fact, the scheme is about 80% hands-on where apprentices will have to implement theories learnt with their employers and training organisations for real.

John Ellis, from ​Ellis Training, who is part of the team that brought the apprenticeship together, stated:​

“I’m keen on fundamentals. Without the basic knowledge in place, we can’t build anything properly.”

“The basic principles that I was taught in the ‘60s have not changed at all. The refrigerants have changed, and the compressors are more efficient. But, the fundamentals have not changed. Our job in training apprentices is to ensure they understand the basic and learn how to implement them.”

“We give people certificates but they only tell people they have passed an examination. And, that is not good enough. This is what the new apprenticeship scheme addresses. Employers have to be involved in the development of the apprentice."

What do the industry training companies think about the new apprenticeship?

The ACR Journal contacted Stephen Benton FInstR of Cool Concerns for his reaction:

​"Our industry has needed to regain control of its own apprenticeship schemes for a long time. The Trailblazer process will allow us to return to a tried and tested method of training and assessing with the final qualification being ‘signed off’ by an industry panel of experts. The return of the pass, merit and distinction is a positive step forwards."

"​The financing mechanism also appears simpler making it easier for employers and training organisations to draw down funding."

"One word of caution to the employers, they need to provide ongoing training and support to the mentors, they are a critical ingredient to apprentice development and success."

​The RACHP industry has very few people coming into it with Level 3 qualifications in refrigeration, air conditioning and heat pumps. Apparently, fewer than a 100 people a year reach Level 3. The designers of the new, Level 3 Eng. Tech. apprenticeship scheme hope to have around 500 apprentices a year qualifying once it is running.

Importantly, the final assessments of the Eng Tech apprenticeship, the so-called ‘End Point Assessment’,  focus on an apprentice’s behaviours, as well as their skills and knowledge. The aim is that apprentices will have developed communication skills, shown adaptability, taken responsibility and demonstrated self-motivation too.

Representing employers and Chairman of the industry group, ACRIB, David Bostock from Integral explained his perspective on the Eng. Tech. said:

​“How do we attract the right people into our industry?

“Not by money. We need to show a higher position, show a clear career path, raise the standards, recognition and status of apprentices entering the industry.

“The new Eng. Tech shows a vision for career development where engineers can come in with apprenticeships, and move to Eng. Tech. and then to becoming Chartered Engineers, should they wish to do so.”

The next scheme in the pipeline will be a Level 6, ​Higher Level Apprenticeship for European Design and Applications Engineers which will provide an Apprenticeship Standard for those recruited at the Incorporated Engineer level into the industry. The working group has had approval to begin work on the Level 6 scheme.

​Professor Graeme Maidment, President of the Institute of Refrigeration, showed the schemes the IoR has developed to show the breadth and depth of the RACHP industry and commented:

"It's long been an IOR objective to work to improve standards and provide suitable routes encourage young engineers and I am delighted that this both come together under the Trailblazer.

​"It is a great example of industry working together with support from the IOR to address an issue critical to our future. It is also an illustration of what the IOR is doing to support technicians and engineers at all levels and it is important that we continue to engage and grow our membership to represent the whole of the RACHP industry."

Working with ‘Cool Science’, the IoR is helping to show the fun things in the cooling and heating industry to 100,000 school pupils at the ‘Big Bang Fair’ in Birmingham. The ‘Fantastic Fridges’ website, which shows the science behind refrigeration in a fun way. The Institute recently hired a new marketing graduate to reach out to young people.

The RACHP Engineering Technician Trailblazer Apprenticeship starts in September and will be available through selected training centres, colleges and employers that have signed up to the scheme.
Membership for Technicians, Students, Engineers, Designers and anyone involved in advancing refrigeration air conditioning and heat pump technologies - join at: www.ior.org.uk/OEE3G6YT

Download documents about the Eng. Tech. Apprenticeship for the RACHP industry: