J &amp; E Hall commercial condensing units have been used in a major project to future-proof facilities for the fishing industry at Whitehaven's historic harbour in Cumbria. 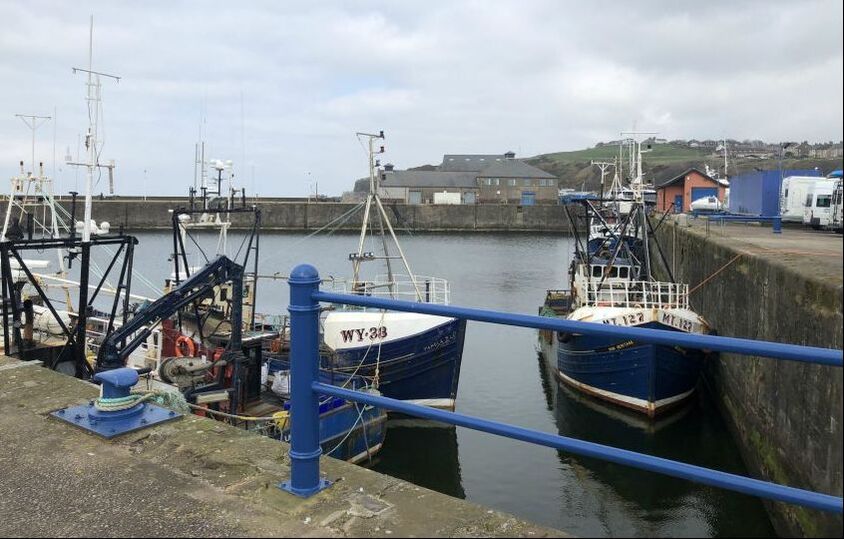 J & E Hall commercial condensing units have been used in a major project to future-proof facilities for the fishing industry at Whitehaven's historic harbour in Cumbria.

The units are providing the cooling for three cold rooms in the fish hall at the North Quay inner basin, which is used mainly for the short-term storage of catches by boats operating in the Irish Sea. The vast bulk of the catch is shellfish, with the remainder flatfish and whitefish. Bait is also stored on site.
The refrigeration equipment, operating on R449A, was installed by Carlisle-based Refrigeration (Mitton) Ltd. The installers were chosen by main contractors Stobbarts, of Workington, who were appointed to carry out the work by the Whitehaven Harbour Commissioners. The J & E Hall units were two JEHS 0250-B2-M3 and two JEHS 0200-B2-MS Fusion Scroll commercial condensing units supplied by refrigeration equipment wholesaler FSW.

The compact and efficient Fusion Scroll units are said to be the ideal solution for commercial refrigeration sectors where noise, size and reliability are paramount. Housed in a cabinet made of electro-galvanised mild steel with an anti-corrosion treatment and coated in baked polyester powder paint, they are able to withstand the most severe weather conditions.

All components are fitted during manufacture to save the installer time and money and are available for medium and low temperature applications.

'Smooth and efficient'
Alex Mitton said: "The initial part of the job was to dismantle the existing cold rooms, decommission the refrigeration systems and remove them from the site. The next step was to carry out groundworks to prepare for the construction of the new panelling and goal-post protection. The new cold rooms were installed and we then added all the new refrigeration equipment and the control panels.

“Part of our contract was to supply and fit new electrical supplies which a trusted local electrician did on our behalf. The final part was to relocate an ice-flaking machine to operate above the new freezer room which would allow the flaked ice to drop via a chute to storage bins within the freezer room.

“The original equipment featured ceiling-mounted mono bloc systems around 15 to 20 years old. We specified split systems because there was a concrete pad above the rooms which would bear the weight load. Switching the systems on to separate condensing units on a plinth made it a lot safer to work on and service – and a lot more accessible.

"It was a very smooth and efficient project – something to be proud of – and from our point of view I don't think the job could have gone any smoother. We love the J & E Hall equipment. We have used it for years and I cannot recall any issues. It's always been readily available for jobs if you get an order and need to move quickly. The sales and technical support from FSW and from J & E Hall were fantastic as well."

Whitehaven Harbour Commissioners chief executive Celia MacKenzie explained that the use of the fish hall had declined over the years due to changing commercial fishing practices. She said: "We still needed the chillers but by the time the compressors had got to about 14 years old they were gasping their last breath and we had to do something.”

“We really feel we have future-proofed the facilities. These developments will benefit residents and visiting fishermen.” ​