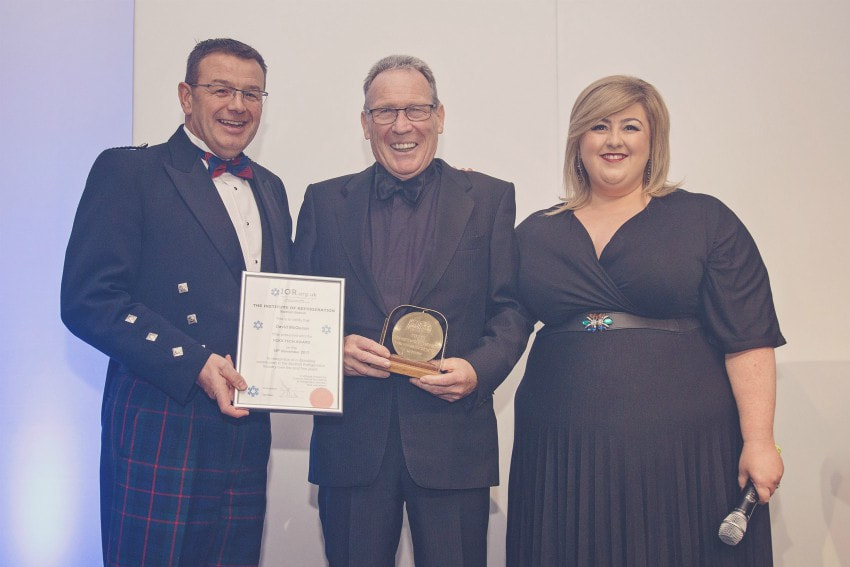 David MacQueen with Kooltech Managing Director Murray Sharp and host Michelle McManus
David MacQueen received the Kooltech Award for his contribution to the industry at the Scottish IOR Dinner in Glasgow.

Independent distributor MacQueen Air Conditioning was set up in Glasgow in 1980 and played a key role in helping Daikin’s growth in the UK. David MacQueen later served as a director of Daikin UK before leaving in 2008.

More than 350 guests attended the event at Glasgow's Crowne Plaza, which was hosted by former Pop Idol winner Michelle McManus., 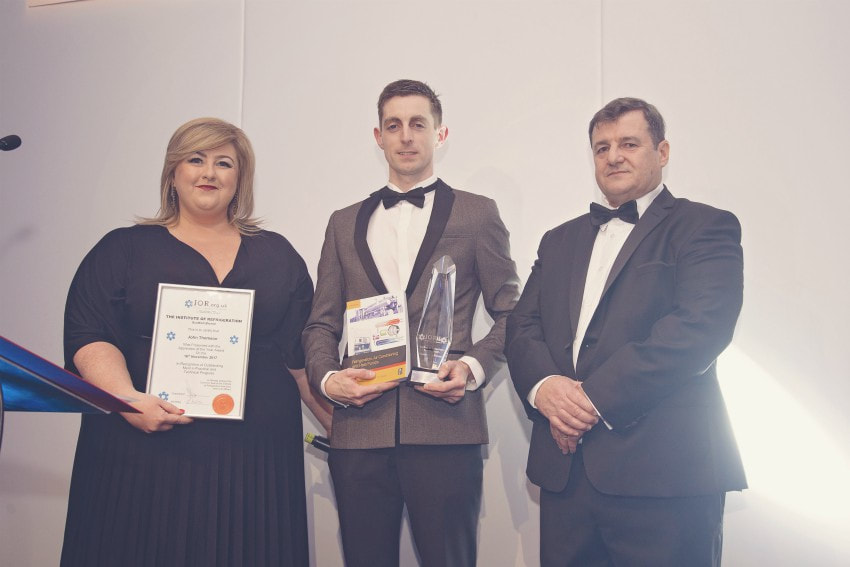