Low GWP refrigerants  - why use A2Ls? 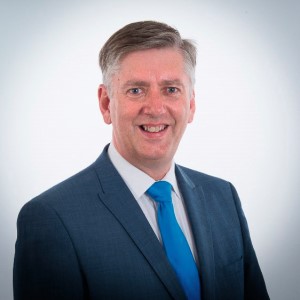 Neil Roberts, senior technical sales manager at Climalife, discusses why issues other than GWP need to be considered when selecting a refrigerant.

When discussing refrigerant options, I'm often reminded of a joke that involves somebody asking for directions and receiving the answer, "Well, I wouldn't have started from here!" But here is where we are, and to get to where we need to be may not be as difficult as it is often believed.

So why use A2Ls? It's a very good question, but maybe initially, we should be asking why move to lower GWP alternatives? The answer is, of course, to reduce the emissions of climate-changing gases significantly. For our industry, that reduction is driven by the F-Gas regulation encouraging the adoption of ever-lower GWP refrigerants, but is that the full story? Is the lowest GWP refrigerant the best refrigerant to use?

Well, the lowest GWP refrigerant widely in use today is ammonia, the only refrigerant with a zero GWP. Still, I don't think I would be alone in not wanting ammonia in the split air conditioner cooling my office, so clearly there are other considerations in play other than just GWP. In the case of ammonia, it's evident that toxicity plays a part in the decision-making process, but there are also many other less obvious criteria to take into account. Not least of which is the system's energy efficiency, which through the indirect emissions from power generation has a huge effect on total emissions over the system lifetime.

When the current F-Gas legislation was first introduced, an EPEE study concluded that a 10 per cent increase in energy consumption would effectively negate any benefits gained from the eventual 79 per cent reduction of refrigerant GWP dictated by the F-Gas regulation; it would be a case of all pain and no gain. So, energy efficiency is definitely something to be considered. 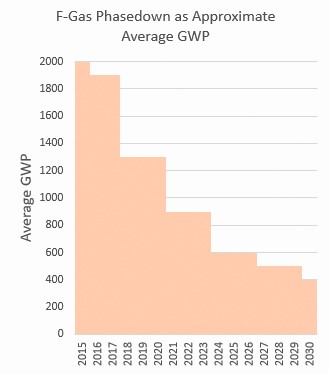 Then there is flammability. Flammability has not been an issue for most users as the refrigerants they have been using have had the safety classification A1 (lowest toxicity, practically non-flammable). However, many of the very low GWP refrigerant options come from the A2L (low toxicity, lower flammability) or A3 (low toxicity, high flammability) safety groups, so they do have a degree of flammability. Initially, this may seem to be a significant barrier to use, but in many situations dealing with flammable refrigerants should be covered by existing processes, e.g. risk assessment, compliance with EN378 and P.E.D. However, the results of these processes are likely to require some additional actions to mitigate the increased risk of using a flammable refrigerant.

From this, it is evident, for the RACHP industry to fulfil its obligations towards the reduction of climate-changing emissions, we need to be choosing refrigerants that have a low GWP, equivalent or better energy efficiency than what was used before, and can be used safely in the application being considered.

How low is low GWP?

This is one of those questions where if you ask different people, you will get different answers, but the F-Gas legislation does help us quantify where we need to be heading. Thanks to the reporting requirement across Europe, we have a reasonably good estimate of the quantity of fluids covered by F-Gas used in various industries. With a few assumptions, the F-Gas phasedown can be expressed as an approximate average GWP of approximately 400 by 2030.

We can take this a step further as the Kigali amendment to the Montreal Protocol proposes further reductions up to 2035, which would give an approximate average GWP of 300. This provides a firm basis to gauge what constitutes a low GWP option, anything lower than 300 GWP is sustainable under these agreements, and since there are many options below this 300 figure, then there will be room for some refrigerants with GWPs higher than 300, provided they are not used in very high volume applications. With a GWP of less than 10, carbon dioxide (R-744) and hydrocarbons are easily within this range, as are many of the A2L refrigerants that are already readily available.

Energy efficiency can be a difficult comparison to make as systems can be radically different in design. As a simple example, let's consider a condensing unit using scroll compressors operating at  10°C evaporating temperature, delivering approximately 9 kW of cooling at a design condition of 32°C ambient. Then, using selection software from a well-known manufacturer, a comparison can be made between a unit operating on a typical low GWP A2L refrigerant (R-454C, GWP=148) and R-744 operating at a 20°C ambient. The result of this comparison shows that the C.O.P. of R-454C at this condition is 28 per cent higher than for the equivalent R-744 unit and 4 per cent higher C.O.P. than an equivalent R-404A unit. This is, of course, a 'snapshot' comparison, but several studies published over the last couple of years have shown that over a year, in several locations representing different climatic conditions, total emissions from systems operating with A2L refrigerants are very significantly lower than those from equivalent systems using R-744. This is mainly due to the difference in energy efficiency. Direct expansion (DX) systems using A3 refrigerants (e.g. propane) are, of course, even more energy efficient. Still, charge size limitations often mean these can only be used for larger systems using a secondary fluid which can also compromise the energy efficiency.

Energy efficiency also translates into cost savings and has led to the term Eco-Efficiency being introduced to combine the dual benefits of emissions and cost reductions that can be made. For any retail customers interested in estimating the impact of different technologies, Climalife have access to an Eco-Efficiency Calculator which can be customised for a customer's particular system requirements.

There are various product-specific standards (e.g. EN60335-2-40, EN60335-2-89) that cover flammable refrigerants, but EN378 will be the most applicable standard for most general applications. Previous articles have covered the details of EN378, and several tools are available online (e.g. Climalife Charge Size Calculator Tool), but for many typical non-hermetic applications, the compliant charge sizes for A3 refrigerants are limited to below what would be required. In contrast, for A2L refrigerants, charge sizes up to 84kg can be achieved.

In addition to all this, over the coming years, the F-Gas phase down steps reduce the quantity of F-Gas (in TCO2e) placed on the market by more than 50 per cent of the 2021 figure. To meet this, the industry must continue to move to refrigerants with a much lower GWP and avoid any market disruption due to the availability of higher GWP refrigerants. The move to low GWP refrigerants needs to be planned well before the shortages occur. That means now!

So finally, back to the original question, why use A2Ls?

A2Ls are definitely not the answer to everything. There will be situations where ammonia, R-744 or hydrocarbons are the best options; however, with a sustainable GWP, equivalent or better energy efficiency than current high GWP or other low GWP options and EN378 compliant charge sizes up to 84kg, the use of A2L refrigerants has got to be high on the list of options for your next project.