The Institute of Refrigeration (IOR) has announced that six Members will be recognised as Fellows for their leadership, volunteer work and contribution to improving the standing of the RACHP industry.

IOR Membership Committee chair Damian Wiszniewski commented: “It’s a great pleasure for me to announce the Fellow nominations for this year. It is so encouraging so see our members advancing through the IOR ranks and promoting our industry. It is the highest recognition we can offer to our six colleagues for the continuous effort and support they give to the IOR.

"During the selection process, the Membership Committee always looks at various aspects of the contribution the candidates are making and I would ask everyone within IOR to work towards advancing their grades by being active and involved.  This is our industry and we as members need to make sure it is strong and that we leave a legacy beyond us for younger generations to follow in our footsteps.”

Brian Churchyard has participated in many IOR initiatives such as the Carbon Trust Code of Contact for Retail Refrigeration, the Sustainable Retail Refrigeration report, the BRA Retail End User Section, RAC Cooling Awards judging, and the IOR’s International Refrigeration Committee. He wrote a report on the application of low GWP refrigerants in retail presented at the IIR and co-authored a paper on refrigerant solutions for the IOR. Brian is head of engineering, net zero and energy, at ASDA.

Alex Cohr-Pachai is active internationally supporting the use of natural refrigerants. He chairs the Eurammon technical committee, IIR working group on safety, and the industrial heat pump manufacturer’s group at the Danish Heat Pump Association. In addition, he is chapter lead author for industrial refrigeration and heat pumps in the UN RTOC (Refrigerant Technical Options Committee). He regularly participates as a speaker and chair at IOR international conferences and events. Alex works for Johnson Controls where he provides technical support for sales and factory functions. 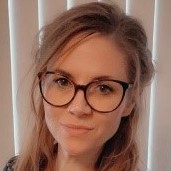 Lisa-Jayne Cook is actively involved in encouraging STEM initiatives with young people and promoting careers for women in RACHP. As well as being a STEM Ambassador and member of the IOR’s Women in RACHP group she is also a Trustee of the IOR and Director of ACRIB.  She regularly takes part in IOR webinars on STEM, has written articles for trade magazines on careers in the sector, mentored young people, and was identified as one of the Top 50 Women in Engineering in 2019. She works as service sales manager for key accounts at GEA. 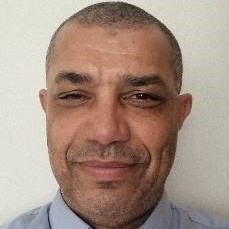 Dewi Garcia is a long-term member of the IOR’s RACHP Eng Tech Section for service engineers. He not only attends regular meetings but has given talks to various colleges, IOR Cool Talks and refrigeration societies on refrigerant and F-Gas topics. He arranged for his employer to host IOR SIRACH events. He is also committed to promoting the sector taking part in local school careers events. He is technical manager with Harp International and also represents his company at BRA meetings. 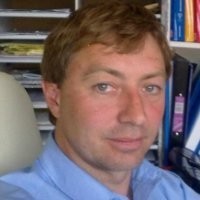 Craig Girdlestone joined the IOR through its Service Engineers’ Section originally and became a Member some years later. He is now a member of the IOR Membership Committee and actively involved in the Apprenticeship Employer Group. He is a strong advocate of IOR membership and contributes to online forum and meetings, encouraging new members to get involved. He is managing director of Danston Limited.

Peter Woods is a regular contributor to industry both by speaking at RAC Question Time events and participating in FETA working groups in equipment and components. He has a strong commitment to skills, contributing to net zero initiatives and mentoring apprentices. He has been actively involved with refrigeration for the best part of 35 years in various engineering, R&D design and sales roles and is currently technical sales director for Wolseley Climate.

For more information on the criteria for IOR Fellow appointments. click here.