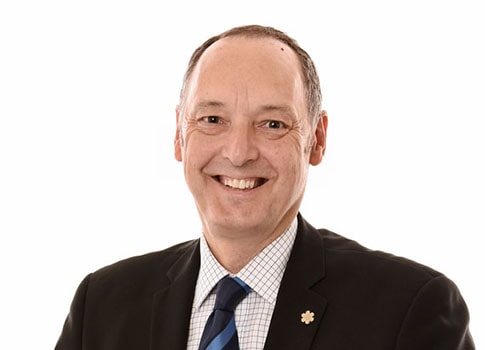 To help celebrate 100 years of the Australian Institute of Refrigeration, Air Conditioning and Heating, a series of events are taking place across the year to showcase the industries accomplishments, history and faces.

Finding himself amongst the industry's royalty such as Lord Kelvin, William Haviland Carrier... and the Psychrometric Chart, is the UK's very own Stephen Gill, recognised for being an 'HVAC&R industry champion.'   With a career that has seen him become the Institute of Refrigeration president and win the ACR Journal's Phil Creaney Award, Gill has most recently generated recognition of the HVAC&R industries by launching World Refrigeration Day, which over 153 countries have adopted.

Gill commented: "This is such an unexpected honour to be included on the AIRAH 100faces list. I can honestly say that it is the first time my name has appeared on a list with Lord Kevin, Willis Haviland Carrier​, James Harrison and the Sydney Opera House, to say nothing of Coopers Brewery!  I have been following the staggered release of this list over the course of AIRAH’s centenary year and have been really impressed by its imaginative scope, diversity and inclusion. The list includes many long-serving  AIRAH members, emerging leaders, notable places, and incredible HVAC&R innovations. To be included on this prestigious list is an honour;  as one of the few from outside Australia, it feels extraordinary.

"World Refrigeration Day served to remind us what a truly global community our industry is. Being included on this list, along with so many great people and places that I can so easily relate to, even if I haven’t met them, again reminds me just how connected we all are.   Thank you to all at AIRAH for helping to unite our global community and for including me on this special list. It feels amazing!"