Equipment and expertise from Fujitsu has helped to deliver a significant air conditioning upgrade for a major manufacturing facility in Derbyshire.

As part of plans to reduce the organisation’s operational emissions to net zero by 2030, the customer required a solution which would replace fossil fuel energy sources, and at the same time increase cooling capacity, for a series of air handling units that serve a manufacturing cell.

The system provides climate control to an area where temperature critical manufacturing takes place, producing precision mechanical components. The machinery is cooled by process chilled water circuits. The existing AHU system heated the air passing through with a series of steam heat exchangers linked to natural gas boilers. The cooling element was provided by 160kW of DX, split over four stages of cooling, but with inefficient direct online compressors and operating on R407C refrigerant.

With space at a premium, the compact footprint of Fujitsu’s equipment came into its own. A modular set-up of four V-III Heat pump VRF units (930mm w x 765mm d), each with 56kW cooling and 63kW heating capacity, was used for the first AHU. Three standalone J-IVS Heat Pump Mini VRF units (930mm x 370mm), each with 14kW heating and cooling capacity, were used for the second AHU.

It is possible to have the AHU up to 165 metres away from the condenser with 50m elevation for the V-III, while the J-IVS condenser can be up to 50m from the AHU with 30m elevation. 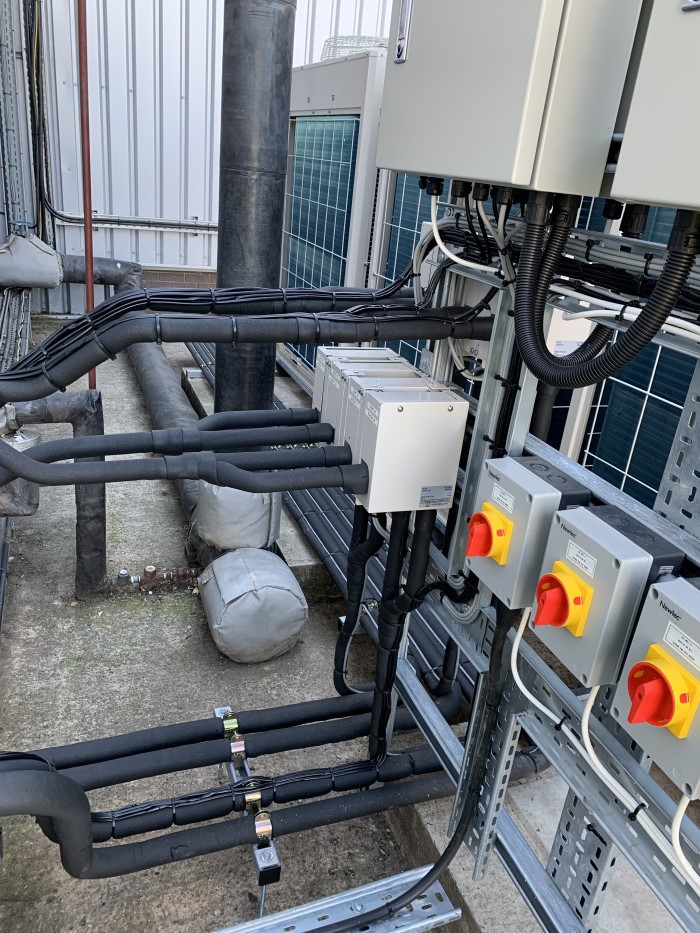 In both instances, electronic expansion valves (EEV) and EEV control kits provide control to each heat exchanger within the AHU. The kits, available to serve individual heat exchangers from 5-50kW, are capable of operating in heating mode with supply air of -7oC without supplementary heating.

A touchscreen local controller is installed for each system for setup and future service visits. A BACnet Gateway connects the Fujitsu equipment to an existing building management system (BMS), which was reconfigured to accommodate the multi-stage cooling and heating of the new installation.

The system was designed and delivered as part of a turnkey solution by Modern Project Services (UK) and the equipment supplied by CDL. Martin Seckington, director of Modern Project Services, said: “We were asked by the client to provide a system that could increase the cooling capacity of the existing air handling unit, but were limited on the space available to replace the existing chiller system.

“The VRF condenser options available from Fujitsu are so compact that it gave us more freedom from a design point of view and managed to meet the specification with relative ease. The installation has surpassed the client’s expectation and has resulted in an increased yield from within the facility, reduced downtime of the manufacturing processes and reduced consequential material waste.

“The capacity modulation through BMS integration and control has also expanded the operational cost savings on an already very efficient system.’’

Chris Beech, technical sales manager at CDL, said: “The flexibility and ease of use that Fujitsu VRF offers when applying to DX allow us to find bespoke solutions for almost all project requests like this.  A complete design service from Fujitsu provides all the necessary data in one document. This makes the transition from design to proposal a painless exercise.”

Nick Wilks, national distribution sales manager at Fujitsu General Air Conditioning UK, said: “We have seen a marked rise in the application of DX being used in AHUs, especially as people’s awareness in the importance of ventilation has increased. This has been a great project to show that DX can also be used to regulate conditions for industrial applications as well as climate control.’’ 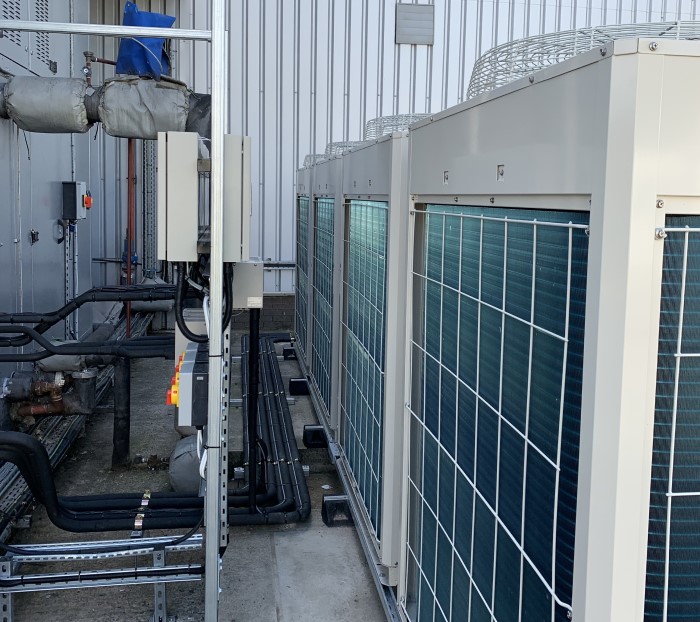