Tony Watkins with his retirement cake from colleagues

FläktGroup has paid tribute to chief engineer Tony Watkins, who is retiring after almost 51 years with the business, describing him as a "hero of data centre cooling".

Tony joined the company in 1970 and the training room at the Hereford head office was named after him on his 50th anniversary last September.

He said: "The start of my journey was with Denco Miller, where I worked alongside the joint company founder Allan Miller on some of the very first computer room units and refrigerated compressed air dryers. I have worked with, I think, about 12 managing directors and somehow survived all changes and restructures. As Einstein once said, 'it is not to strive for success but only to be of use'. 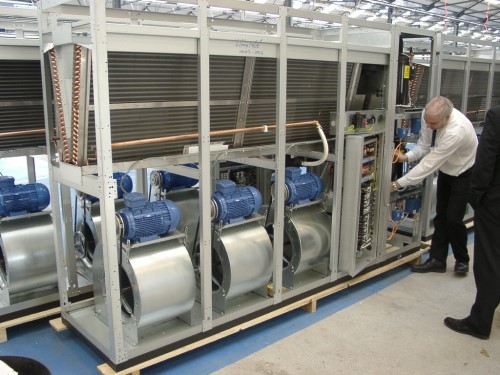 "My recipe for longevity is my deep passion for the involvement in product designs, taking many forms with continuing evolving technologies,. Every single day presented me with a new challenge. In my opinion, each and every product I have had the pleasure of being some part involved in, has been world-beating if not in some cases pioneering. It has been a pleasure to work alongside the brilliant professional engineers within FläktGroup.

"I have many memories that are and will continue to be long lasting. I would like to thank all colleagues who have been involved in the many projects over the years and last but not least, thanks to the executive board for guidance and support.'' 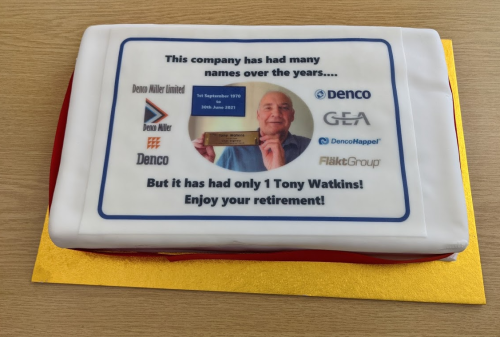 The cake recalls the company names over the 51 years 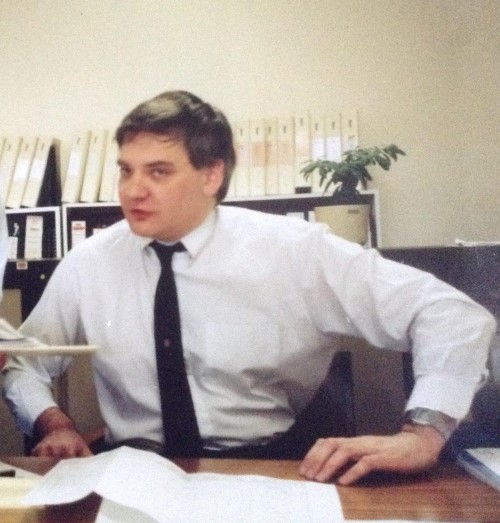 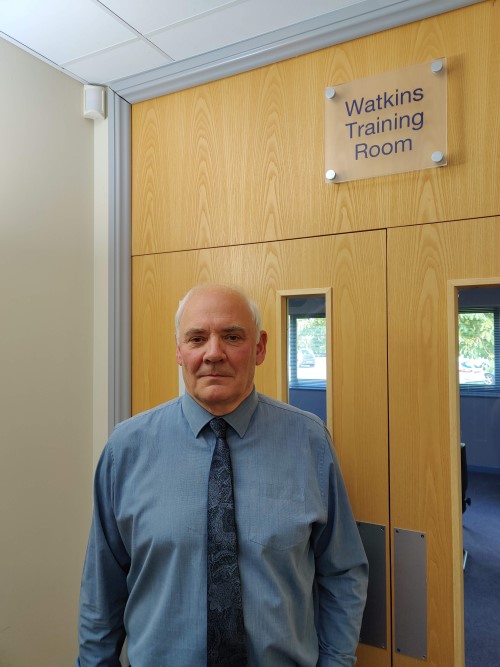 Outside the Watkins Training Room in Hereford