Honeywell says that a continued failure to crack down on the amount of illegal refrigerant entering the European market is undermining the F-Gas regulations.

Some estimates put the level of illegal hydrofluorocarbons (HFCs) brought into Europe as equivalent to 20% of the legal quota, and George Koutsaftes, President of Honeywell Advanced Materials, said that Europe has actually gone backwards in terms of the F-Gas HFC phasedown due to the lack of enforcement.

He said: “The issue of illegal HFCs in Europe has become a large problem. If not addressed immediately, it could forestall the whole process, because there are no incentives to adopt new refrigerants.’’ 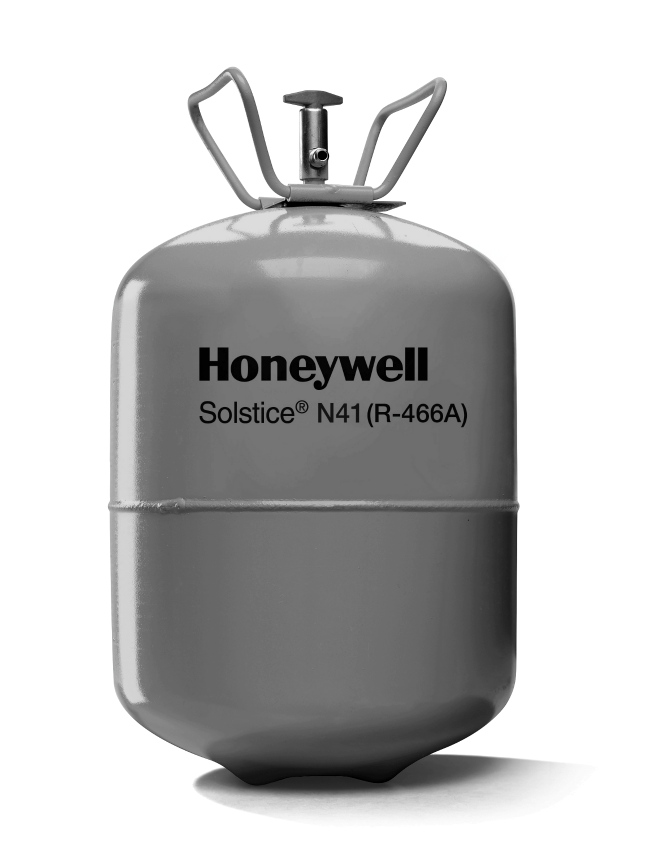 The new refrigerants include Honeywell’s Solstice N41 (R-466A), the first nonflammable reduced GWP alternative to R-410A in stationary air conditioning, which was recently officially designated A1 by the American Society of Heating, Refrigeration and Air Conditioning Engineers (ASHRAE).

It was described as a “remarkable breakthrough” at launch and is the result of significant investment and development by Honeywell.

N41 has a GWP 65% lower than R-410A’s 2088 and Honeywell says that, while not a straight drop-in replacement, it is very easy to adopt. More than 30,000 hours of testing with more than 15 OEMs and leading compressor manufacturers have also shown it to be more efficient than R-410A for warmer climates, according to the manufacturer. Testing has covered a broad range of applications including commercial air conditioning (VRF, rooftops) and residential air conditioning (unitary).

“We are quite proud of what we have achieved, quite humbled by it,’’ added Koutsaftes. “This product is the first nonflammable refrigerant developed as an R-410A alternative, and is also better for the environment, energy efficient, and cost-effective for the end user with minimal conversion required. Safety is paramount and the properties of Solstice N41 make it a groundbreaking technology for the industry.”

Yet without the proper enforcement in Europe, N41 may not be able to reach its full potential. Koutsaftes said: “The European Commission must continue to step up its efforts to work with Member States and implement an effective enforcement strategy. Without that, there is no doubt that market adoption will be delayed.’’