Every time I am asked to write an update such as this, I seem to be talking about seismic shifts or game-changers for our sector, writes Graeme Fox, Head of Technical at REFCOM and the BESA Group. This year is no different, although we are in a bit of limbo with regard implementation dates for the changes currently, and for the first time we are looking at divergence between UK and EU regulations.

In last year’s update I brought up the concept of bringing non-HFCs into the scope of the regulations going forward. The reasoning was two-fold:

As we transition increasingly away from high or even medium GWP fluorinated greenhouse gases towards so-called “naturals” it is easy to forget those alternative gases are also greenhouse gases which are not good for the environment. Even Propane (R290) has four times the potency of carbon dioxide as a greenhouse gas. The term “natural” is used to create an aura of environmental friendliness, but the reality is less environmentally friendly in terms of direct emissions when released into the atmosphere than some HFOs, which are ritually slammed by environmental lobbyists. So the first aspect of the reasoning was to ensure we do not eradicate direct emissions of one refrigerant with another which also has environmental consequences.

The second aspect comes from the sales of systems using non-HFCs and being marketed as “not needing to be installed by a qualified person”. When we are talking about highly flammable substances that is simply reckless and not something any responsible industry should be encouraging. I will come onto engineers’ competency requirements and evidencing under the Building Safety Act later, but simple good practice would demand a basic level of competency is required before anybody is let loose on a system which by design works at relatively high pressures and temperatures.

So the changing of what is “in-scope” of the regulations to include all greenhouse gases is necessary for the better enforcement of regulations and is very much on the table right now in discussions with DEFRA about the future UK/GB regulations. The European Commission lawyers are not seriously considering a similar approach simply because the black and white legal text is currently for “fluorinated greenhouse gases” and apparently the removal of the word “fluorinated” is such a fundamental change to the current regulation that it would demand a complete re-write rather than apply common sense and simply amend some text throughout. It is still up for debate of course, and the European contractors’ association AREA are very much still pressing for this common sense approach to prevail, but it is heartening to see DEFRA take a far more pragmatic approach here in the UK.

It was dropped after resistance from the continent, mainly from countries like France which already have strict registration at a local level for any business to operate. It caused a lot of confusion at stakeholder group meetings in Brussels when we discussed this because they couldn’t understand how easy it was for people to go into business in countries like the UK, so they simply didn’t see the need for mandating operative registration. The Commission’s opinion was that we were free to impose this in the UK over and above the regulation itself, but of course the UK Government approach was always that we would not “gold plate EU regulations”. One of the first things I did after the EU withdrawal Act came into force was to point out to DEFRA that we are no longer in the EU, that the regulations are now GB Regulations, and therefore we can now enact the mandatory operative register that UK industry has long pointed out was necessary to police the regulations here properly and effectively.

A number of cases of fraudulent use of operative certificates over the years has really highlighted to us at REFCOM just how necessary this move really is, and we are hopeful that DEFRA introduce it here under the current f-gas review. The evidencing of competency has become even more urgent in the UK in recent months after the enacting of the Building Safety Act, with the recommendations of Dame Judith Hackitt’s Grenfell Tower inquiry report coming into effect, so the ability to register people’s competences is an essential tool in the arsenal for Government to ensure compliance across the board.

Does it apply to you? Yes, it does.

The Act uses the term ‘buildings in scope’, unfortunately the use of this phrase has caused confusion leading many to dismiss the Act as not being applicable to them.  The general provision of the Act applies to everyone and everything in building and there are additional new and stricter rules for controls on higher-risk buildings (HRBs).
The Building Safety Act names HSE as the new Building Safety Regulator in England. It has three main functions:

For our sector that means, evidencing your skills and competence not only as an organisation but for those that you employ.  This will and is becoming the norm.

The BSA introduces a new Duty Holders role on those who procure, design, manage and undertake the building work, it is the Duty Holders responsibility to ensure all work complies with all relevant Building Regulations.

Do not forget if carrying out ‘controlled services’ such as installing a ventilation or air-conditioning system this work is notifiable to Local Authority Building Control under the Building Regulations.  If you are not a member of a Competent Person Scheme approval will need to be sought from building control or under third party certification.

It is about accountability, competence and compliance and documented evidence that the work you have done is compliant with the regulations and has been completed by competent individuals. 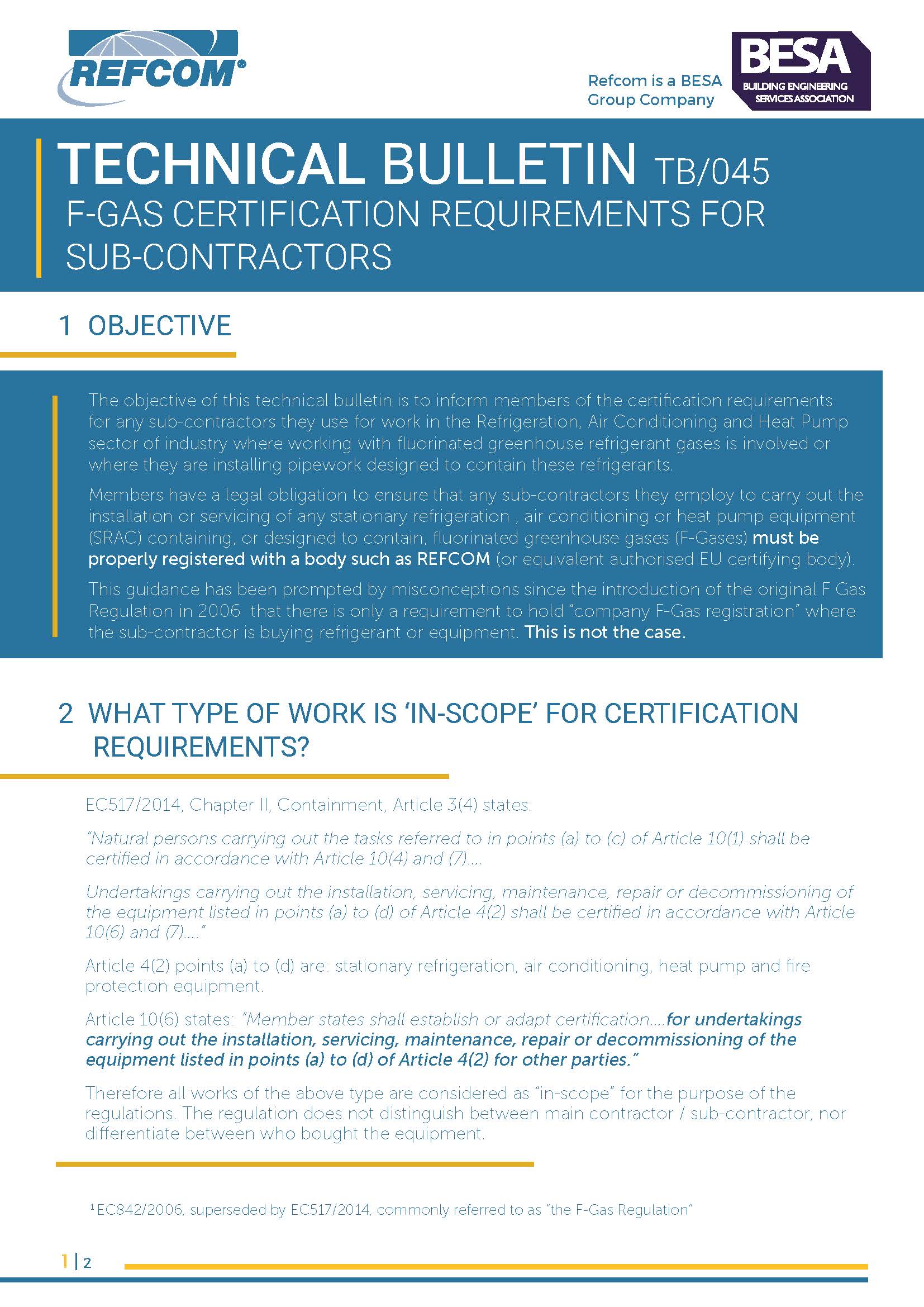 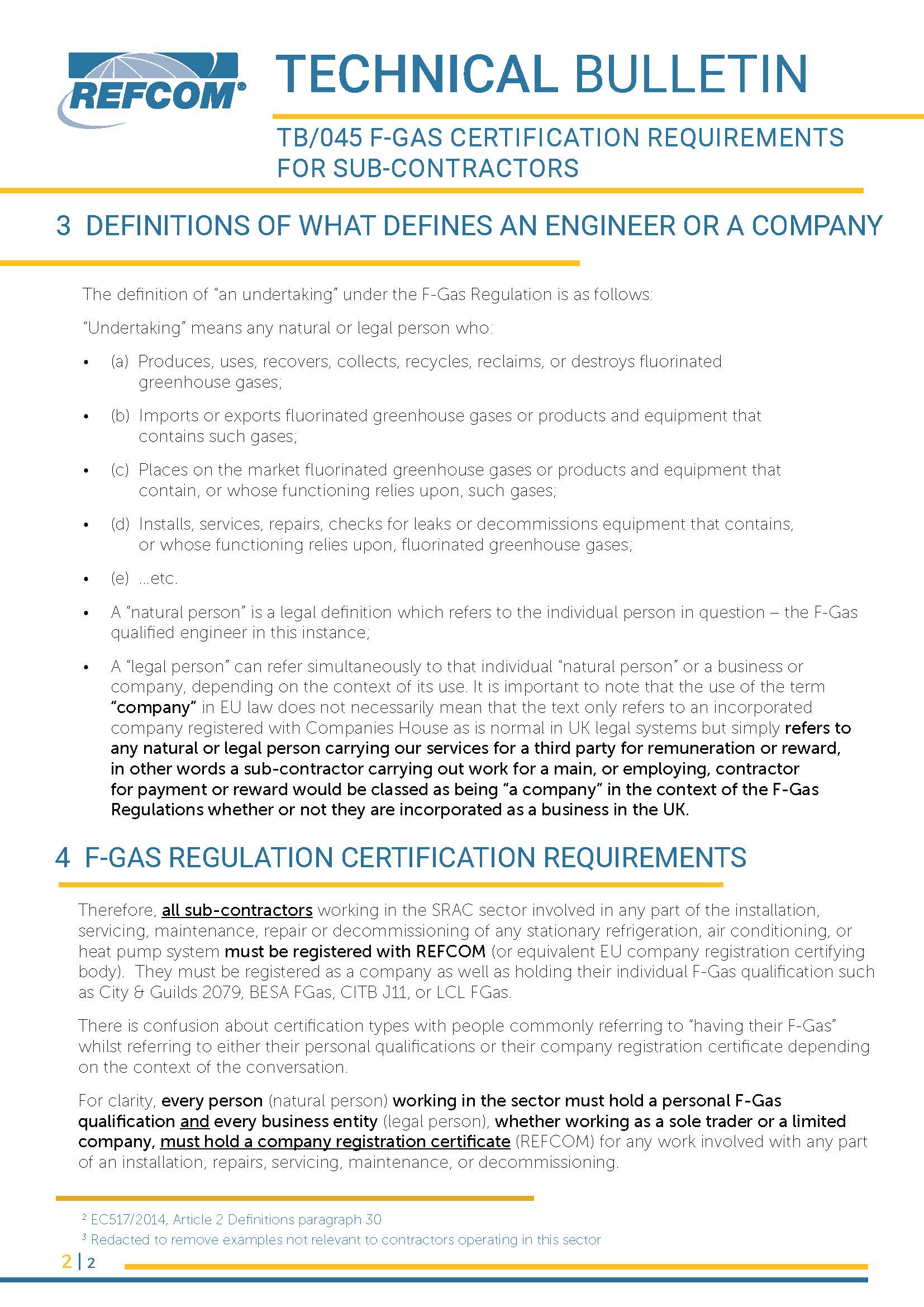