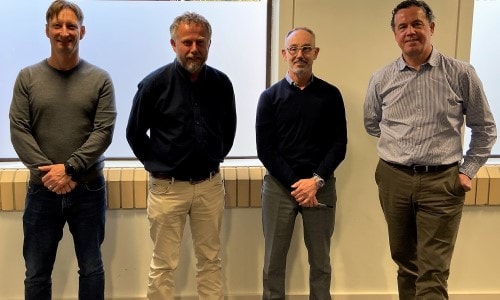 They bring extensive industry experience to the Aqua business, having been intrinsically involved with ICS Cool Energy, and join the board alongside Aqua founders Kevin Lancaster and Simon Davies. Philip Wilson takes on a non-executive director, consultative role, with Russell Wilson  active within the hire side of the business.

Aqua was founded in 2001, focusing primarily on industrial and process cooling across the UK and overseas. The service side of the business was formed five years later and Aqua acquired Stadco Cooling from the Stadco Automotive Group in 2010. Aqua won a Queen’s Award for Enterprise: Innovation in 2015, and 2018 saw the launch of their hire division.

Simon Davis said: “Aqua has established itself as a market leader for technically led cooling solutions but Kevin and I recognised we needed capital investment to move to the next level.  We have a great team with an over-arching belief that we can be number one in our industry.  Phil and Russell joining us will be key to delivering that aspiration.  This is such an exciting time for Aqua, I’m really thrilled about where we will go next.”

Initially, the new investment will be directed towards rental equipment, new premises, and personnel. Russell Wilson said: “We aim to combine Aqua’s 20-year legacy and reputation with our industry experience, to create something really quite special for the marketplace.

"From a hire perspective, Aqua is now positioned to offer customers technical expertise, site specific hire solutions and a technically innovative fleet of equipment. Just because a customer hires it shouldn’t mean they have to compromise on quality of equipment, installation, or technical resource.

"Watch this space, we have exciting plans!”