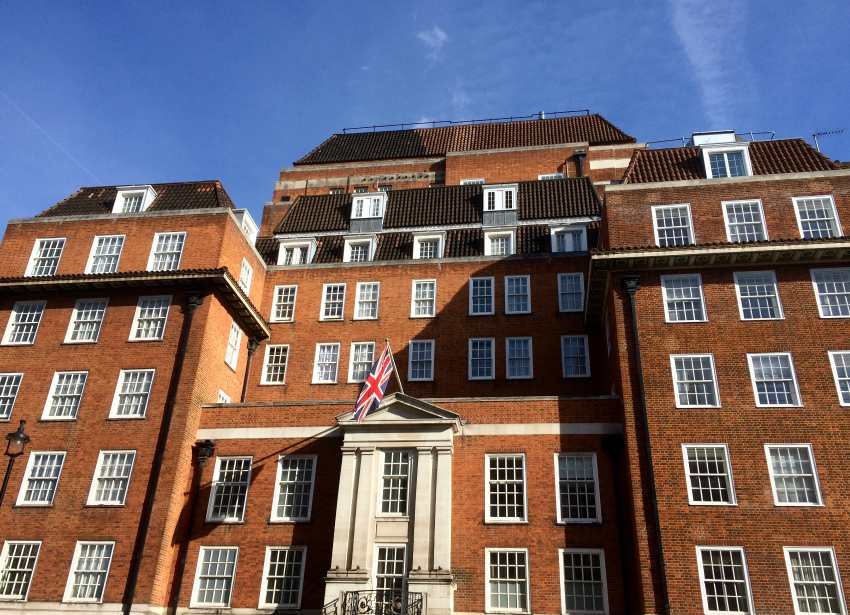 The project at The London Clinic presented a series of challenges for the Carrier team
​Due to space, noise and weight restrictions on-site, the chiller removal and installation process required very careful planning.

The chiller replacement was carried out within a 24-hour period over a weekend, with the existing chiller disconnected and removed from the rooftop, followed by the replacement chiller being lifted into position, connected and commissioned.

Carrier’s meticulous plans and project preparation, which included detailed off-site prefabrication of new pipework, ensuring correct lengths and bends were in place prior to chiller replacement, were key to meeting the rapid turnaround.

Access to the building rooftop was severely restricted, with the crane situated in a narrow London mews alongside the building. Weather conditions were carefully monitored before and during the lift to ensure safe lifting conditions.

Space constraints
Carl Hendrick, who led the project for Carrier Service’s modernisation team, said: “There were a number of challenges that had to be overcome, not least the tight time and space constraints required by the critical nature of the application and the logistics of the location. However, we worked closely with the customer to ensure the project was delivered as specified. The major uncertainty was the weather but, on the day, conditions were calm and everything proceeded as planned.”

The project was successfully delivered within the specified time frame, with cooling restored and all services back up and running within 24 hours.
​
In addition to reduced running costs, improved reliability and lower noise, a further benefit for the end user is access to real-time performance and operating data. Using the Carrier monitoring solution, the building manager is now able to monitor and control chiller performance via a smart phone, tablet or PC, giving complete transparency and control.
Content continues after advertisements