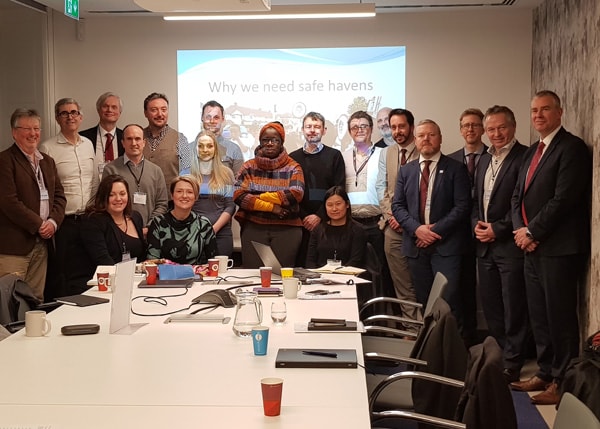 The request follows the publication of new research, which highlighted the severe impact on children’s health caused by poor indoor environments throughout the UK.

The Royal College of Paediatrics and Child Health (RCPCH) and the Royal College of Physicians (RCP) carried out a wide-ranging survey of buildings that showed indoor air can be many times more polluted than external air. This is due to a combination of different sources including smoke, damp, traffic fumes, chemicals aerosols and particulates from wood burning.

The government’s Bill promises to increase the powers of local authorities to “address sources of air pollution… and reduce airborne particulates”. It specifically mentions potential vehicle sanctions, but is silent on the issue of IAQ despite the fact that indoor air is often many times more polluted than outside air, according to the research.

The clinicians believe this is behind the rapid growth in the number of people suffering from asthma and the increasing severity of asthma attacks. The situation is particularly grave among children who also suffer from impaired lung function and potentially reduced life expectancy. Poor IAQ is also linked to a range of respiratory complaints and allergic conditions including conjunctivitis, dermatitis and eczema.

Safe havens
Their report: ‘The inside story: Health effects of indoor air quality on children and young people’ showed that British children spend on average just 68 minutes a day outdoors and, therefore, the issue of IAQ should receive much more attention. BESA has launched a campaign to promote buildings as ‘safe havens’ from air pollution with a range of measures designed to improve the indoor environment.

“Too many of our homes and schools are damp and poorly ventilated – this is adversely affecting the health of children,” said RCPCH paediatric respiratory consultant Jonathan Grigg. He added that it was welcome that the country was finally paying attention to the quality of our outdoor air, but said it was harder to get population level data on the quality of indoor air.

The physicians said local authorities should be given the power to make schools and other public buildings carry out urgent air quality improvements. Their report also pointed out that people on lower incomes suffer the most with IAQ tending to be worse in low-quality housing and older buildings due to inadequate or poorly maintained ventilation.

BESA’s Health & Wellbeing in Buildings Group backed the physicians’ recommendations and said the Environment Bill, introduced in the House of Commons last week, would be the ideal vehicle to deliver legally binding performance standards for IAQ including setting safe ventilation rates and threshold levels for specific pollutants.

It also said air quality tests should become part of the planning process to ensure more homes are designed to protect occupants from both outdoor and indoor pollution.

“The Environment Bill could set a new standard for health and wellbeing inside buildings for the next generation,” said the BESA group’s chair Nathan Wood. “The government simply cannot afford to miss this opportunity to enshrine in law essential measures to protect children’s health.”

High profile children’s health campaigner Rosamund Adoo Kissi-Debrah told a recent BESA meeting that the figures for asthma cases were “going in the wrong direction”. The World Health Organisation (WHO) advocate for air quality and health said it was vital that those designing, managing and maintaining buildings focused on sources of indoor pollution and addressed the “terrible state of many ventilation systems in schools”.

“This research should prompt a major call to action because 4.2 million people are dying worldwide from poor indoor air,” she added. “IAQ is also easier to control than external pollution and can be addressed much more quickly.”

Failed
She called for the UK to adopt WHO recommendations for maximum levels of air pollution, but pointed out that these were substantially stricter than those set by the EU, which the UK had failed to achieve.

Mr Wood said it should be possible to beef up existing measures for schools to cover air quality, such as making it part of the OFSTED inspection regime, particularly in high risk urban areas and close to busy roads.

“Schools already have ‘duty of care’ responsibilities to safeguard our children’s health – protection from pollution should be a key part of this existing requirement,” he said.

BESA also advised the government to include measures in the Bill that would ensure a range of the most harmful particulates are measured and monitored in all buildings including PM10, PM2.5 and below; CO2 levels; ozone; NOx; and VOCs.

The Association urged the government to adopt the advice of the Committee on Climate Change that Parts F and L of the Building Regulations are linked when they are revised later this year to ensure improvements in energy efficiency do not lead to overheating, which is another major contributor to poor indoor and environmental air quality.