The Institute of Refrigeration has awarded Kevin Gregory the RACHP Engineering Technician Lifetime Achievement Award to recognise a career of “commitment, discipline and passion” spanning 40 years.

Speaking with ACR Journal, Kevin described how working in refrigeration has provided him with a career that has been filled with enjoyment and how it was only by chance that he sailed into the industry in the first place.

"As a young man, I was in the Royal Navy and posted on HMS Nottingham, docked just off Djibouti on the Horn of Africa. Early one morning, I was on watch and at about 2am I noticed that the oil sight glass on the ship's chiller was low. Armed with a typical Royal Navy well-organised chiller servicing procedure manual, I proceeded with my investigation. The manual advised that 'if the oil is low, then top up to a full sight glass'. I found the bottle marked OM100, removed the chiller's oil cap, and proceeded to fill it up. The hissing that occurred when I removed the oil cap was obviously caused by the noise of the compressors!

“Satisfied with my repair, I slept well after my watch but was then abruptly woken four hours after with my senior officer 'politely' asking what I had done. It turns out that I had managed to overfill the oil and released most of the system's refrigerant in the process, pulling air into the system. After the Navy restocked the three months’ provisions of 245 men that I had ruined, they decided to send me on a refrigeration course - after which I became a subject matter expert! 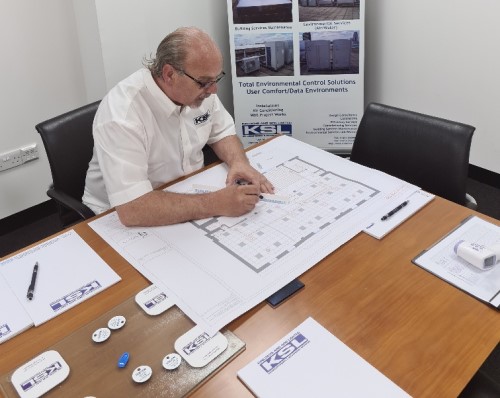 "It's from then that my passion grew and has remained with me throughout my career. After the Navy and then a spell at LEC, I settled at Kinlochs and Son in 2009, where I currently have responsibilities for all of the engineering team as a senior project manager. I have always had someone to pass on my knowledge to throughout my career, whether that being an apprentice working in the field or a contact manager learning about the industry.

“I have the utmost confidence in the future of the industry but most people still fall into refrigeration as I did. We need to address this to highlight what a fantastic, rewarding career refrigeration can offer to younger generations. We need to start and recognise people for their mechanical engineering ability and potential, not placing too much focus on just their academic skills - only then can we target all the right people we need."

Kevin's passion for refrigeration has passed to his three sons, all of whom work for Kinlochs and Son. It was his middle son, Tom, who made the nomination for the award, commenting that his dad "has a natural ability to teach and that is displayed by the quantity and quality of the engineers who have learnt from him, something he prides himself on."

"It was a huge surprise when the IOR contacted me about three weeks before the award was to be announced," said Kevin. "I have never thought of myself as in the same category as the previous winners, and so I am extremely happy to have been recognised. I'm even prouder that it was one of my sons who nominated me and that I have made such a positive impression on them."

There were four worthy nominations for the ACR Journal-sponsored award this year, with more than 130 years in industry experience between them. 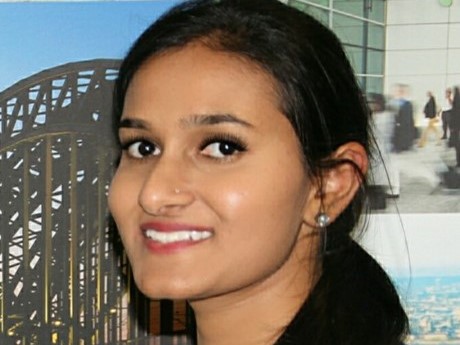 Nausheen Basha, of City, University London, was presented with the Ted Perry Award for Student Research for her work on the Development of Screw Compressor by Improving Oil Injection System.

Three researchers from different UK universities took part in a live 3-minute event, presenting their work to IOR members as part of the IOR Cool Careers World Refrigeration Day webinar.  The judges – themselves all past winners of the Ted Perry Award – selected Nausheen following a review of the summary of her thesis, supervisors statement and the live presentation.

Nasheen said she was excited and thrilled to win the award. She added: “Refrigeration is a career which is exciting and enjoyable where you can push your boundaries. We are in challenging times, we want to get towards net zero so we need creative solutions and diverse workforces.’’