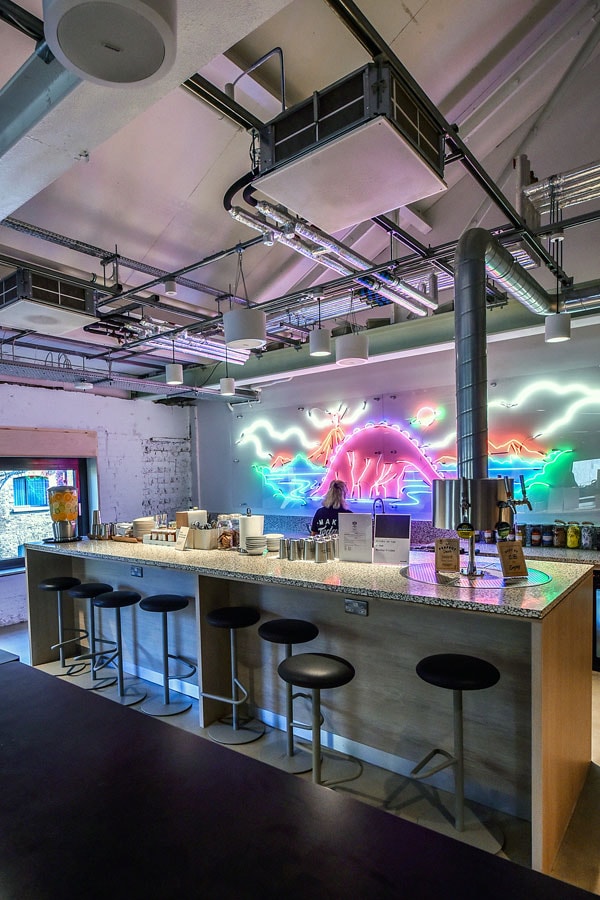 The Artus in place at WeWork in central London

Air conditioning manufacturer Airedale International has highlighted the ingenuity of its R&D team following the launch of a dual-function version of its hybrid fan coil unit.

Airedale has introduced the latest generation of the award-winning Artus range, now with a four-pipe integrated heating and cooling option for commercial and residential spaces.

The original, single coil Artus first appeared on the market two years ago and has since found success in landmark commercial projects such as the WeWork flexible office space at 10 Devonshire Square in central London.

Building on the success of the original design, Airedale International tasked its team of R&D specialists to develop a solution which met the requirements of an industry increasingly focussed on energy efficiency and individual wellbeing.

Artus was originally invented to solve some of the issues associated with inefficient and cumbersome comfort cooling systems and features low space claim, consistent air distribution and best-in-class energy consumption.

Working in partnership with design consultants Arup, a hybrid system was developed, taking the performance of a traditional fan coil unit coupled with a 60% reduction in energy usage comparable with chilled beam. 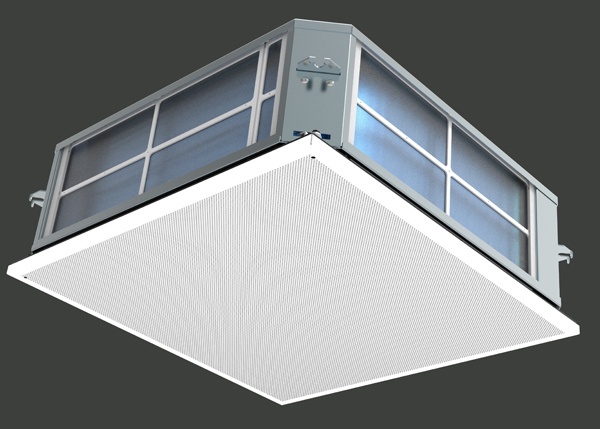 Shallow depth
The result is a unit that requires no secondary ducting or hatch access, with a four-pipe water system that allows heating as well as cooling with no mixing of water streams, increasing efficiency and performance. It offers a solution to consultants and architects who can more easily specify chilled water systems, in preference to direct expansion units, in the face of ongoing refrigerant phasedowns.

Antony Cole, Managing Director of Airedale International, said: “The original Artus model has been particularly well received by specifiers prioritising performance, efficiency and ease of install on their projects and where ceiling height is at a premium. Due to its shallow depth of around 200mm, a 12-storey building can become a 13-storey building with the savings in required ceiling void space.

“We’re constantly innovating and looking for new and improved designs to stay on top of our game. Artus is a brilliant example of taking a great product which was more compact, more effective and more energy efficient and making it even better.”

The two coil Artus suits buildings with a shell and core system with four pipe terminal units. The fascia can function with any hole configuration for flexibility of design and seamless integration with its surroundings.

Roger Olsen of Arup, who devised the Artus’ latest design concept, said: “Comfort and well-being were priorities during the design process. Noise levels can be precisely controlled, and with whisper quiet (NR25) levels possible, we are receiving interest for premium residential projects. The air distribution has also been carefully engineered so there is no uncomfortable air movement in the occupied space.”

A dedicated website has been set up which explains the technology behind the Artus development.