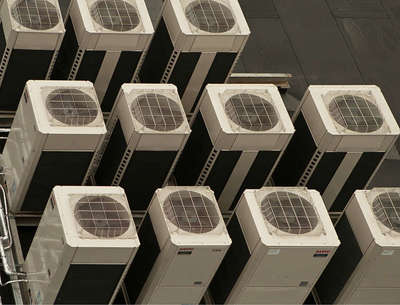 The BSRIA report showed that the global market declined by 5% in volume in 2015, after a 7% growth in 2014. Sales in 2014 were boosted by the market in the Asia Pacific region. The decline in 2015 was due to a decline in the same region.

​Asia Pacific accounts for 61% of the global packaged air conditioning (PAC) market. which dropped by 5% by volume. The markets in China, Japan, Indonesia and Korea, the four biggest markets, all declined.
​

China has had challenging year with its economy growing at a slowest rate for 25 years. This had a knock-on effect across the globe impacting stock markets which all declined as a result of the tightening economy in China. The decline impacted the PAC market which dropped to 49.3 million units, a 7% drop on 2014. The market for mini-VRF (20kW) systems grew because of growing demand for residential systems.

“The bit of good news from the region came from Vietnam, Australia and Philippines. The growing GDP and attractive economic characteristics mean the Vietnamese market has good potential for Foreign Direct Investments. However, the growth in the splits market was mostly down to hot weather during the peak season and after-season. In Australia, demand has grown in 2015 as a result of a strong residential market in both the apartment and housing sectors.
​
In the Philippines the solid growth of packaged products market is attributable to the flourishing new private construction especially the high rise condominium, commercial offices, shopping malls and other applications.”

​The air conditioning market in the Americas also dropped in volume to 27.4 million units in 2015, down by 2%. The market in Brazil dropped by 18% on the previous year when it grew by 28% over 2014. This was offset to a degree b growth in the USA market where PAC unit sales grew by 4% to 16.1 million units. The USA economy is strong which accounted for the growth.

​The air conditioning market in Europe was stronger where it grew by 2% in 2015, against a drop of 16% the year before. Hot summers and demands for energy efficiency drove demand for new systems in Europe.

Demand for air conditioning grew in Spain, France, Italy, Turkey, Greece, Sweden and Germany. Russia, the biggest PAC market, dropped by 18% in 2015. The country faced a tough economy with a 50% currency devaluation and low oil prices, on which it heavily relies.
Content continues after advertisements

​The Market in the Middle East, India and Africa (MEIA)

​The MEIA market grew in 2015 from 11.6 million units to 12.5 million units. India was the country with the biggest growth in air conditioning (4% and four million units). Nigeria, Saudi Arabia and Egypt all grew, as did the markets in Iran, Bangladesh and South Africa.

But, the air conditioning markets in the UAE, Kuwait and Qatar were flat, which was the result of low oil prices too.

​In 2015, the moveable air conditioning market was about two million units and $524 million, which is a 7% increase on 2014 sales volume. The increase was, apparently, down to more competition and unusually hot weather.

​“The hot summer in Europe caused portables market to raise significantly; Italy, Spain and France all grew by 89 per cent, 49 per cent and 38 per cent respectively by volume.

The world’s other significant markets – Brazil and China – also managed to grow however it was at more modest levels, three per cent and one per cent in volume terms.

Although this market is difficult to forecast due to seasonal sales, BSRIA expects this market to grow at around three per cent CAGR between the period of 2014-2020 in volume terms.”

​Sales of moveables in Brazil and China grew slightly too by 3% and 1% by volume, respectively.

​The Window and Through-Wall air conditioning market grew by 2% in volume, which was 12 million units and US$2.6 billion. Most of the sales growth was from the USA (4%) and Saudi Arabia (14%) in 2015. These countries make up 60% of the global market.

The USA had warm, late summer which pushed sales up, coupled with lower pricing on window air conditioning units compared to splits in Saudi Arabia.

BSRIA does not expect this market to grow in 2016.

BSRIA expects a small decline in the market in 2016 (0.4%)
​Find out more about the BSRIA reports here: www.bsria.co.uk/market-intelligence