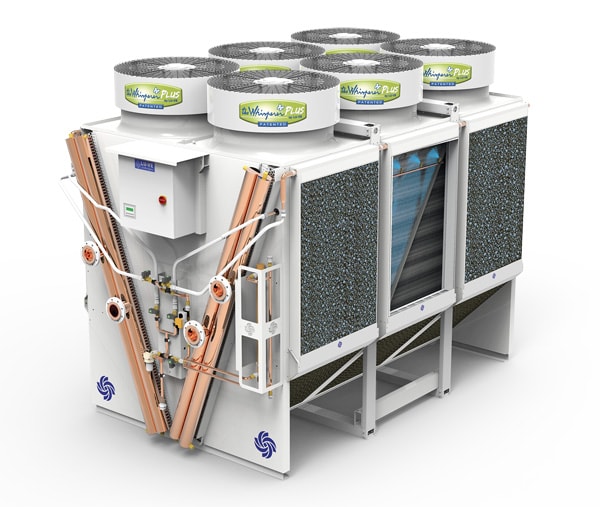 LU-VE is working to develop a device capable of 400% higher performance than traditional dry ventilated exchangers, with significant energy saving and noise reduction

LU-VE Group is to participate in an international research project on developing geothermal electricity production technology.

EASYGO - Efficiency and Safety in Geothermal Operations is financed by the European Union under the Horizon 2020 programme with a €3.4 million fund. LU-VE says it represents an important opportunity for the company to deepen its knowledge of new technologies, the use of which allows the reduction of greenhouse gas emissions in electricity production.

In addition, it will allow LU-VE to further develop its Emeritus technology, a cooling device, patented and developed in collaboration with the Polytechnic University of Milan, that achieves 400% higher performance than traditional dry ventilated heat exchangers, with significant energy saving and noise reduction.

Geothermal energy is expected to play a key role in the energy transition process as part of climate change mitigation: in this regard, how to operate a geothermal system as efficiently and safely as possible is one of the key challenges. The goal of EASYGO is to answer this question from different perspectives, integrating geology, geophysics, geochemistry, advanced thermodynamic modeling, and process engineering.

Iginio Liberali, President of LU-VE Group, said: "Since 1986, ahead of our time, we have applied a policy of research, development and technical innovation with a particular focus on environmental issues. Today, more than ever, there is an urgent need to develop environmentally sustainable technologies that reduce pollution while maintaining high levels of efficiency. For this reason, we are immensely proud to contribute to this important project by working alongside researchers and experts from all over Europe.

“EASYGO represents an important opportunity for LU-VE, allowing us to deepen our knowledge of new green technologies that we can use for the development of our products. Our focus on sustainability has always been one of our hallmarks: research and investment in environmentally friendly solutions are the two key points that have enabled the Group's economic growth.

"We are increasing the use of natural refrigerant fluids (carbon dioxide, ammonia, and propane) with zero or very low ODP and GWP in our heat exchangers, replacing HFCs. In 2004, LU-VE, the first in Europe, built a transcritical CO2 plant. Innovation and respect for the environment are in our DNA."