​“Compromises had to be made but 85 per cent of developing countries have committed to the early schedule starting 2024, which is a very significant achievement.

“According to our initial calculations this deal will avoid more than 70 billion tonnes of CO2e emissions by 2050 – which will be close to avoiding a half a degree of warming.”

The Environmental Investigation Agency produced a table explaining the details of the agreement: 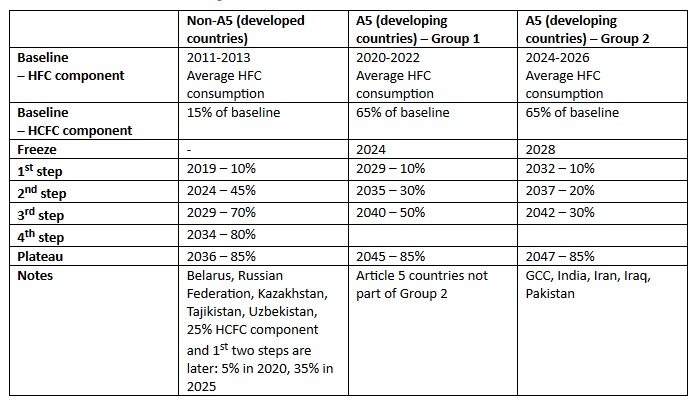 Summary courtesy of the EIA
Content continues after advertisements