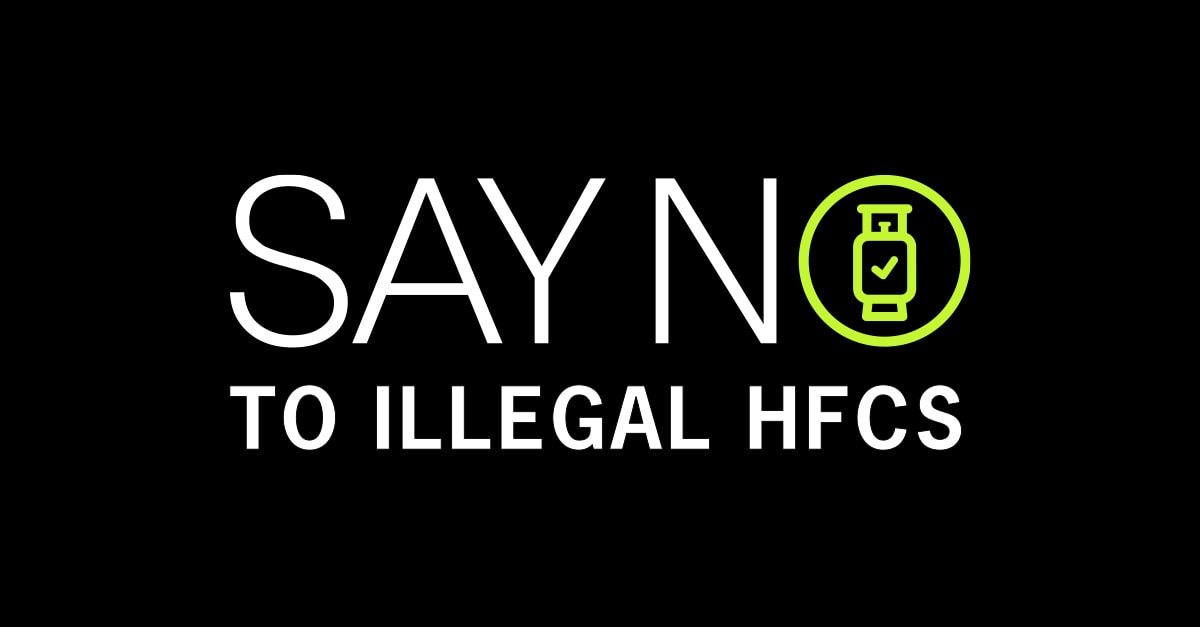 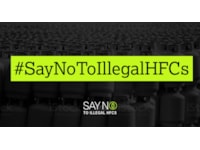 The thriving black market for HFCs undermines Europe’s climate goals, funds organised crime and threatens the livelihoods of many small and medium-sized businesses across the EU.  With this first-ever pledge of its kind, EFCTC invites all actors engaged in the HFC value chain to #SayNoToIllegalHFCs! From producers, importers, distributors, contractors to end users – everyone can do their part to detect and report illegal products when they purchase, service or sell HFCs. Pledgers can sign up as individuals or as companies.

The successful eradication of the black market depends on strong enforcement and policy action across the EU. EFCTC also urges officials across the EU to raise awareness about the pledge and work with industry to achieve common goals.

Since 2015, the EU’s F-gas regulation aims to phase down the climate impact of HFCs through an established quota system. However, data analysis by Oxera and EFCTC in June 2020 concluded that the black market for illegally imported HFCs in Europe in 2018 contributes up to 34 million tonnes of CO₂ equivalent each year. That’s comparable to a third of the legal market or the emissions from 25 million new cars on EU roads, more than the total quantity of cars driving today in Spain.

Speaking at Chillventa eSpecial 2020 – the world's leading trade fair for refrigeration technology – Felix Flohr, Sales and Marketing Manager, Regulatory Specialist at EFCTC member company Daikin Chemical, says “We stand behind the F-gas regulation but ambitious legislation should be met with ambitious enforcement at EU borders. Fines need to be higher, harmonised and consistent across all member states. Customs officers need to be equipped with the tools to identify illegally imported HFCs and access the HFC registry in real time.”

The environmental policy ambitions of the European Green Deal are not the only thing under threat. European businesses across the supply chain, many of whom are small and medium-sized companies, are potentially unwittingly distributing and using illegally-imported products or suffering huge losses when undercut by those who do. Based on a survey by the Environment Investigation Agency (EIA), 83% of all workers in the refrigerants value chain know about the illegal trade of HFCs and 72% have been offered disposable cylinders despite these having been banned in Europe since 2006.

Recent seizures of illegal shipments in Romania, Rotterdam and Livorno, Italy prove the issue is widespread, the complexity of illegal trade routes and reseller markets. From production to its end use in construction, hospitality or automotive, an HFC canister changes many hands. That’s why the black market for refrigerants can only be eradicated if every link in the value chain takes its responsibility seriously and joins the fight.

“Now is the time to act. The next quota reduction in January 2021 will further shrink the legal market to 45% of the 2015 benchmark posing an opportunity for illegal actors to meet demand and grow the black market,” says Dave Smith,  Business Director at Koura Global and member of the European FluoroCarbons Technical Committee (EFCTC).

Industry and governments need to work together and support each other to combat smuggling. www.stopillegalcooling.eu provides an interactive resource hub about the issue and what everyone can do to help fight the climate-damaging black market.