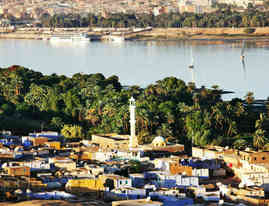 ​Daikin Europe has partnered with private equity firm, BPE Partners, to start its air conditioning subsidiary in Egypt. Daikin Egypt started in August this year and the company plans to take advantage of the developing economy in the region.

A number of big construction projects are under way in Egypt, including building the New Capital City, work in the New Suez Canal Development Area, and the expansion of Cairo to the east and west of its current boundaries.

Greater Cairo's population is set to grow from 18 million now to 40 million by 2050. That growth in the need for housing, offices, retail and public facilities will mean demand for air conditioning.

The Egyptian government is encouraging foreign investment into its development. At the same time, the government is removing power subsidies which will increase demand for more efficient air conditioning systems, among other products.

Daikin aims to lever the growth in Egypt to help it develop throughout the Middle East and Africa.