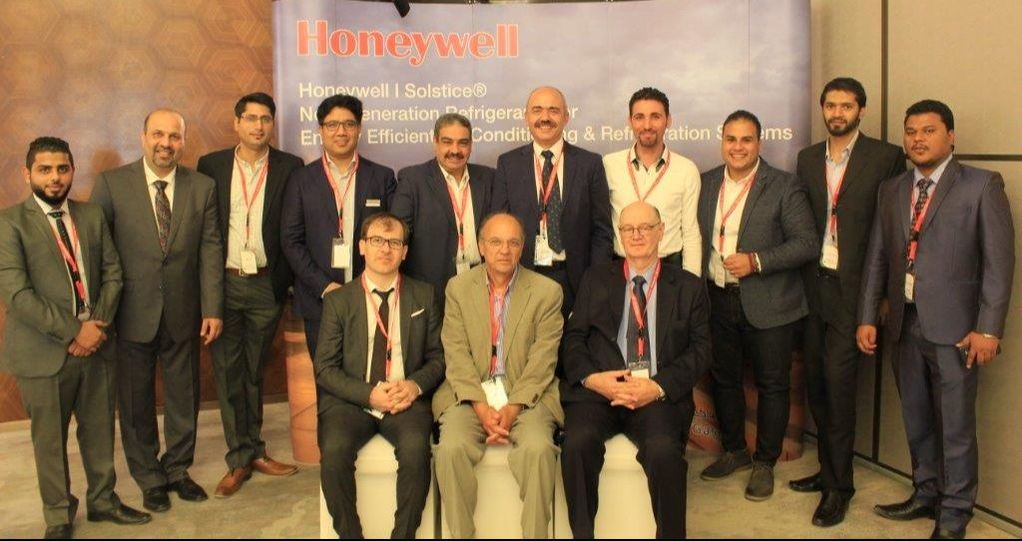 Amir Naqvi, regional marketing leader, Honeywell Fluorine Products, Middle East, Turkey and Africa, said: “As the Kingdom aims to reduce demand for energy consumption over the next 20 years, it will be imperative for the refrigeration industry to adopt refrigerants that help them achieve goals for energy savings and reduced environmental impact. CGS’ adoption of Genetron Performax LT sets a new standard for sustainability and energy efficiency in the region.”

Honeywell says Genetron Performax LT is a cost-effective solution that provides better performance and energy efficiency, leading to reduced operational costs as compared with the currently prevalent refrigerants. The fact that it reduces overall system and equipment costs means lower total cost of ownership for the customers.

Designed
Ideal for medium and low-temperature commercial applications such as supermarket freezer cases, reach-in coolers, cold warehousing, process cooling and other central refrigeration plants, Genetron Performax LT is specifically designed to replace R-404A, R-507A and R-22, and can be used in retrofits, as well as in new installations. Honeywell estimates that Genetron Performax LT has saved more than 10 million metric tons of carbon dioxide equivalent to date, equal to eliminating greenhouse gas emissions from more than 5 million cars.

The announcement came Honeywell's Next Generation Refrigerants roadshow in Riyadh. It was part of a series of Honeywell customer events in Saudi Arabia that will also cover Dammam and Jeddah, with the goal of educating new and existing users about next-generation environmental technology.

Honeywell’s presence in Saudi Arabia extends back to the 1970s with presence in 10 offices throughout the Kingdom. Honeywell is leveraging its technological and innovative capabilities to help the advancement of renewable energy and sustainability through education, research, development, investment, commercialisation and adaptation.
Content continues after advertisements