Three projects in Shetland, Clydebank and Glasgow have been awarded £1.75m to extract heat from rivers and sea water. 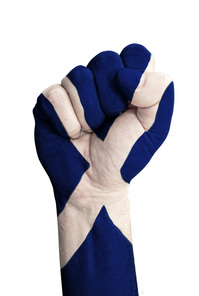 A £75,000 grant will fund plans for a district heating network in Clydebank using heat from the River Clyde.

Another grant of £75,000 will be used to develop an existing heating network in Glasgow using the River Kelvin.
​
The Clydebank scheme is for the Queens Quay Development on the site of the former John Brown Shipyard.
Investment proposal
It will be used to develop an investment prospectus for a district heating network using a water source heat pump in the River Clyde basin.
The Glasgow scheme will fund the University of Glasgow Western Campus to develop an investment grade proposal to install a water source heat pump in the River Kelvin.
The aim is to ensure that the existing district heating network can service new buildings planned for the site of the former Western Infirmary hospital.
Announcing the scheme, Energy Minister Fergus Ewing, said: "Supporting the development of district heating and wider low carbon technologies will help maximise the economic opportunities from Scotland's low carbon sector.
"Heat is estimated to account for over half of Scotland's total energy use and is responsible for nearly half of Scotland's greenhouse gas emissions, so the imperative to take action is very clear.
"Continued growth in the number of homes and businesses benefitting from connecting to low carbon, affordable warmth provided by district heating networks helps the Scottish government towards realising our ambition to increase the number of connections to district heating networks by 2020."
Carbon footprint
Glasgow-based Star Renewable Energy helped the Norwegian City of Drammen deploy a large water source heat pump for its district heating system in 2009.
Director Dave Pearson said the Scottish schemes were a step in the right direction "Drammen reduced their carbon footprint and stack emissions by over 80 per cent by switching from gas combustion to our 90C heatpump," he said.
"The Scottish government commitment will be a catalyst for a similar step in Scotland as we aim for a significant decarbonisation of heating."
Credit to BBC News http://www.bbc.co.uk/news/uk-scotland-glasgow-west-35706309
Content continues after advertisements