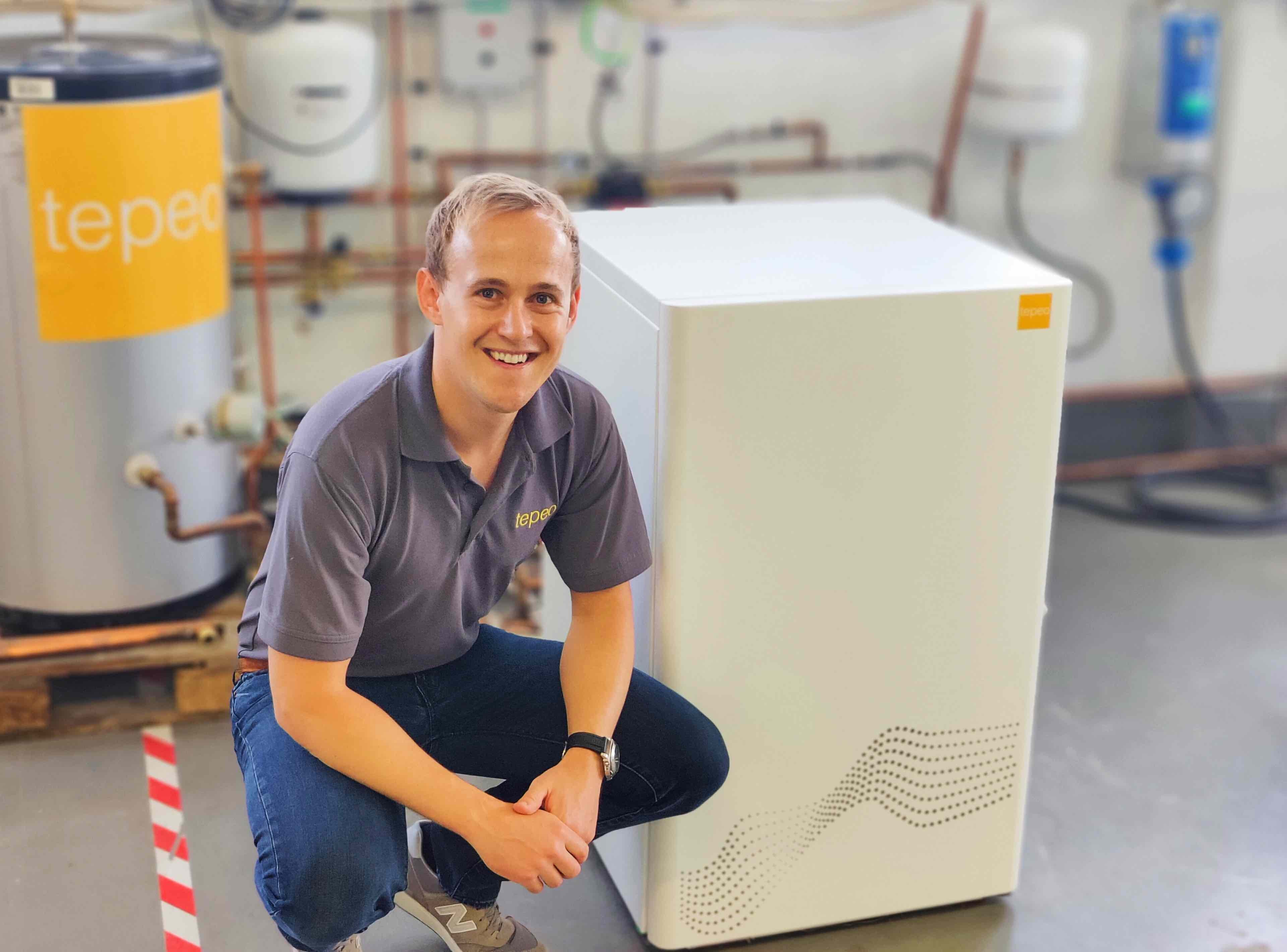 This investment reflects Bonheur’s interest in the domestic heating sector and builds on an important element of their strategy to seek out investments in innovative and ambitious companies to strengthen existing engagements and expand into new, but still related business areas.

Bonheur’s investment in tepeo follows the investment made by the UK venture capital fund, the Clean Growth Fund, in July 2021. It coincides with this week’s publication of the UK Government’s Heat & Building Strategy; this sets out the UK’s ambitions to decarbonise heating and encourages homeowners to replace their gas boilers with low carbon alternatives.

The ZEB® is a drop-in replacement for a gas or oil boiler that similarly heats water to any set temperature between 35-80°C and works with any thermostat. It has been designed to be affordable while supporting the transition to a low carbon electricity grid.

Johan du Plessis, founder and ceo of tepeo and inventor of the ZEB®, said: “For Bonheur to invest in tepeo is a huge boost of confidence in our work, and underlines our belief that the ZEB will be a serious game-changer in the domestic heating market.  It is a cheaper and simpler alternative to heat pumps, and far easier to install.

“Whilst it might not be immediately obvious, there are synergies between tepeo and Bonheur as they are a major investor in the UK and European onshore and offshore wind. The National Grid paid over £282m in 2020 to curtail the wider wind industry’s renewable energy generation – i.e. to stop wind turbines from generating. The more storage and flexibility we can embed in the electricity system, the more we can avoid renewable energy generation going to waste. Thermal storage technologies like the ZEB support renewable generation, driving down the cost for everyone and speeding up the decarbonisation of our planet. They will be an essential enabler for the UK to achieve a 100% low carbon grid over the next 10-15 years.”

Lloyd Butterworth, investment manager at Fred Olsen & Co., the company in charge of the day-to-day operations of Bonheur, said: “tepeo’s ZEB technology is impressive, its market proposition is strong and with the Clean Growth Fund alongside as a co-investor, we are excited about tepeo’s future growth potential. Johan and his team seem well-positioned to establish a sizeable share of the UK and international heating markets.  We have been particularly impressed with the ZEB’s ability to effectively load shift, moving household electricity demand away from its most expensive and constrained hours of supply. The ZEB is software-enabled hardware, designed with the end-user in mind. tepeo’s offering appears particularly compelling because it requires minimal end-user interaction, with the ZEB programmed to charge and discharge in an optimal fashion, both for cost and carbon-saving.”

Stephen Price, investment director at the Clean Growth Fund, said: “The funding of innovative solutions which can address the challenges of achieving Net Zero requires committed investors to pool resources and work together.  For that reason, we’re delighted and excited to be working with Bonheur to support tepeo as they tackle the problem of decarbonising domestic heat.”

tepeo has carried out successful trials of its ZEB in a range of house types and is expected to launch its first commercial product by the end of 2021. The company is initially targeting all types of dwellings of up to three bedrooms with water cylinders but will market future models of its ZEB to larger homes and those with combi-boilers.

It is suggested the ZEB will cost roughly half the price of a heat pump and, as its manufacture is scaled-up, the cost of the ZEB will drop and be competitive with the lifecycle cost of a typical gas boiler.