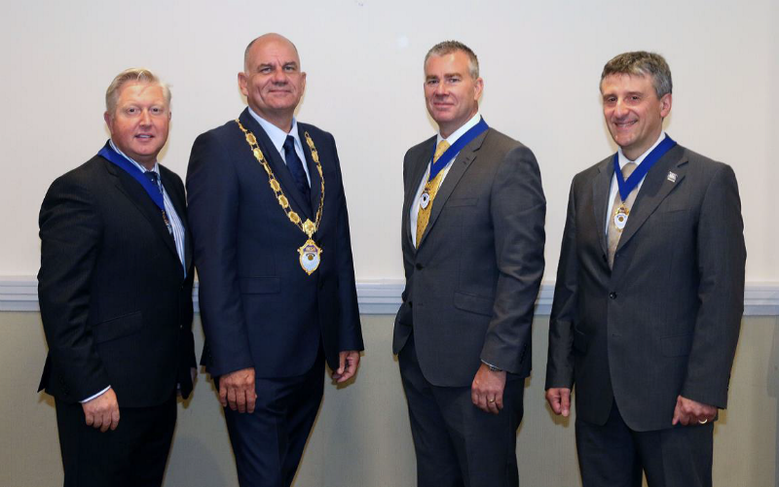 The presidential team of the Building Engineering Services Association for 2016/17 comprises: (left to right): Jim Marner, immediate past president; Malcolm Thomson, president; Tim Hopkinson, president elect; and Giuseppe Borgese, vice president.
​Mr Thomson began his career in 1972 as a technician apprentice with Sadia Airofreeze, studying at Willesden College of Technology. Following completion of his training, he installed and serviced supermarket display cabinets and cold rooms for BOC Linde – later joining Subcool, which specialised in commissioning large centrifugal and absorption chillers, where he rose to the position of director.
​He became a director and co-owner of Halcyon Air in 1985 before, in 1999, founding Enigma Environmental Services, which provides a range of cooling and associated​building engineering services, both in the UK and overseas. He is also co-owner of Kelvin Ross Engineering, which specialises in marine air conditioning.

Malcolm Thomson succeeded to the presidency of BESA at its annual general meeting on Thursday 7 July 2016.