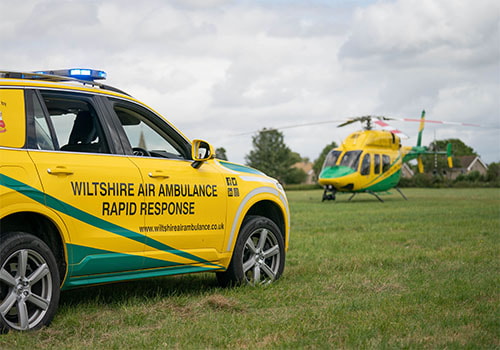 Throughout March 2021, staff at Grant UK took part in Marching March, a step-count challenge raising funds for the Wiltshire Air Ambulance. In total, the staff took over 12 million steps during March and raised a wonderful £320 for the local charity.

Although many of Grant UK’s employees continue to work remotely during the pandemic, this did not stop them from taking part in a fundraising initiative that aimed not only to raise money for the Wiltshire Air Ambulance charity but also to allow employees to do something collectively despite being apart. The Marching March step-count challenge was created, inviting staff to log their daily steps using their phones or watches and to enter into some friendly competition with each other to see who could take the most steps during the month. The three employees who topped the step-count chart would win a prize donated by Grant UK, with all of the money raised being donated to the Company’s chosen charity.

Throughout the month, interest in Marching March heated up with all participants doing their best to reach their personal daily step-count targets. Thirty-one days later, a total of 12,180,949 steps were taken by staff and a healthy sum of donations totalled £320 for the Wiltshire Air Ambulance.