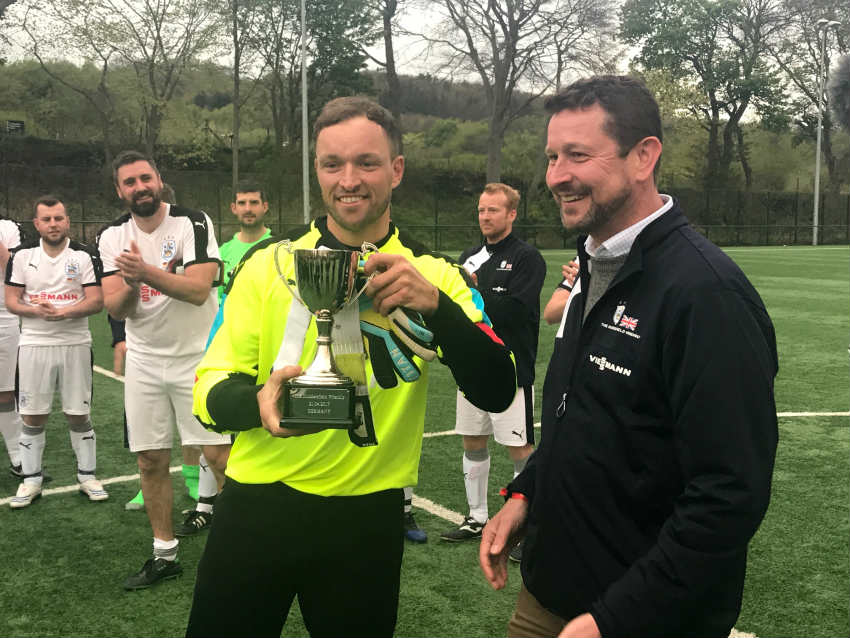 ​But any hopes the English installers had of repeating the success of the 1966 World Cup team were dashed as the visitors stormed to an emphatic 6-1 victory.
Viessmann is team sheet sponsor at Huddersfield and the ‘Vriendly’ match was organised by area business manager James Carter, who also played. He said: “The match was fought very professionally, albeit with some crunching tackles and a number of noticeable limps the next day!

“Without meaning to make excuses, the German team benefitted from a stand-out performance from its striker, who plays football at a high level in Germany.

“Besides the match itself, our Vriendly was a valuable exercise in getting Viessmann installers together, sharing their on and off-pitch experiences over the whole weekend.”

Both teams stayed to watch Huddersfield Town’s Sky Bet Championship match against Fulham at the John Smith’s Stadium the next day as guests of the club.
​
“We are pleased to be a partner of Huddersfield Town and are very proud of David Wagner and the team’s achievements this season,” added Carter.
Content continues after advertisements