Based on five HYDROCIAT water-source heat pumps, the system harnesses thermal energy from the River Loddon, a tributary of the Thames, reducing the fruit grower’s carbon footprint and extending the growing season for its berry production business.

The CIAT units are arranged in a cascade design, and provide heating for 110,000 square metres of soft fruit crops produced by grower Hall Hunter Partnership, destined for sale in UK supermarkets. As a result of the additional renewable heating, fruit can be produced several weeks earlier than previously achievable, while reducing carbon emissions. 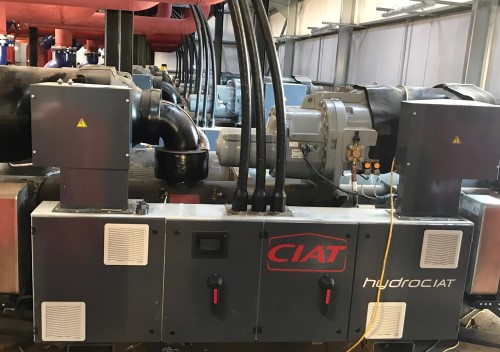 It is estimated that over the next 20 years the plant will save 44,000 tonnes of carbon emissions as compared with an equivalent gas-fired heating system. Following the project’s success, Hall Hunter is planning to install an additional 11MW of renewable heating.

In the first six weeks of operation, the system delivered some 5,000MWh of renewable, low carbon heating, with peak load being maintained despite operating during the coldest temperatures recorded in the UK for a decade.

Steve Ward, Ebtech operations director, said: “We have worked with CIAT heat pumps for several years now. The range is very wide and the equipment highly energy- efficient and reliable. Importantly, the cost per unit of heating delivered is very attractive, which helps reduce payback time on projects and ensure viability. CIAT UK is also extremely knowledgeable about the application of equipment, and provides excellent technical back-up and support when needed.” 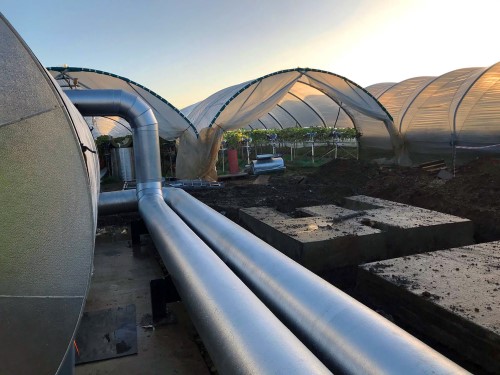 Growing tunnels are heated by the 8.8MW heat pump system

Brent Lawson, managing director of Hall Hunter Partnership, said: “We put great focus on sustainability and the environmental side of our business. There is a strong appetite for British-grown strawberries starting earlier and finishing later every year, and the new heat pump system enables us to meet this without heating our greenhouses with gas. As the new system is based on renewable energy, it has a very low impact on our carbon footprint.

“In addition, extending our growing season means we can produce 800 tonnes of strawberries during a time when they would normally have to be imported from Spain or Holland, reducing food miles travelled and providing a local supply of fresh fruit for British consumers.”