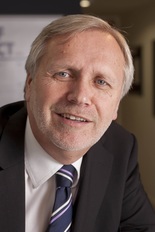 Duncan Cooper
​Duncan Cooper has been appointed as the new Chairman of ADEY Professional Heating Solutions.

​Europe’s largest water treatment manufacturer serving the domestic and commercial heating sector, in a role set to further strengthen the firm’s expansion in the UK and international markets.
​
Cooper joins the fast-growing business after almost 20 years with the Grundfos Group, most recently as Americas Managing Director and Group Senior Vice President, based in Chicago, USA, with responsibility for ten companies across the Americas, including four in the United States.

​“We’re delighted that Duncan has joined our leadership team at such an exciting time of expansion for ADEY. He has an exceptional track record within our sector, particularly for driving sustainable growth in international markets,”

​Due to take up his new role on Monday 4 July, Cooper says,

​“I’m really looking forward to joining such a quality management team in a business that exudes innovation. ADEY has earned an impressive reputation for leading product development, and responding swiftly to a changing market and the needs of its customers.”

​Kelvin Stevens, who joined ADEY in 2011, will move from the role of Chairman into a Non-Executive role advising the Board on its continued growth strategy, particularly in relation to the UK market.
Vaughan adds:

“Duncan’s arrival is perfectly timed following the MBO and the significant investment that’s fuelling our ambitious plans, bringing additional strengths and experience to our Board as Kelvin moves into a Non-Executive role.​

​Currently supplying its products in the UK and mainland Europe, ADEY is planning to expand into new markets including the US, Asia and Eastern Europe, as well as investing in new product development.
Content continues after advertisements