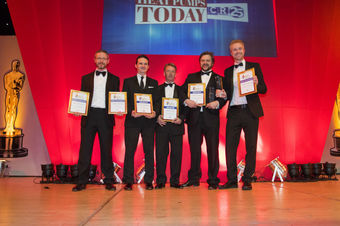 The ACR Journal has been at the forefront of promoting women in the industry, more notably for the Women in ACR section of the Journal.  In addition, the ACR Journal is working with the IOR to promote the very popular Women in RACHP networking group.

​The lack of diversity in the air conditioning and refrigeration industry is a widely acknowledged challenge. Research shows that businesses with a diverse mix of employees, in terms of gender, ethnicity and skills tend to be more successful because they are better connected to their clients' needs.

26th January, 2017. Town Hall, Birmingham
The announcement comes soon after the National Women in Engineering Day, which was on 23rd June 2016 which celebrated the top 50 women in engineering in Britain.

​It has become clear that there are massive contributions being made by women in the industry, many of whom should be celebrated in front of their peers.
​
The winner of the 'Women in RACHP' award will be announced at the Awards on 26th January 2017 at the Town Hall in Birmingham.


Visit 'Women in RACHP' to find out how to become a member of the networking group.