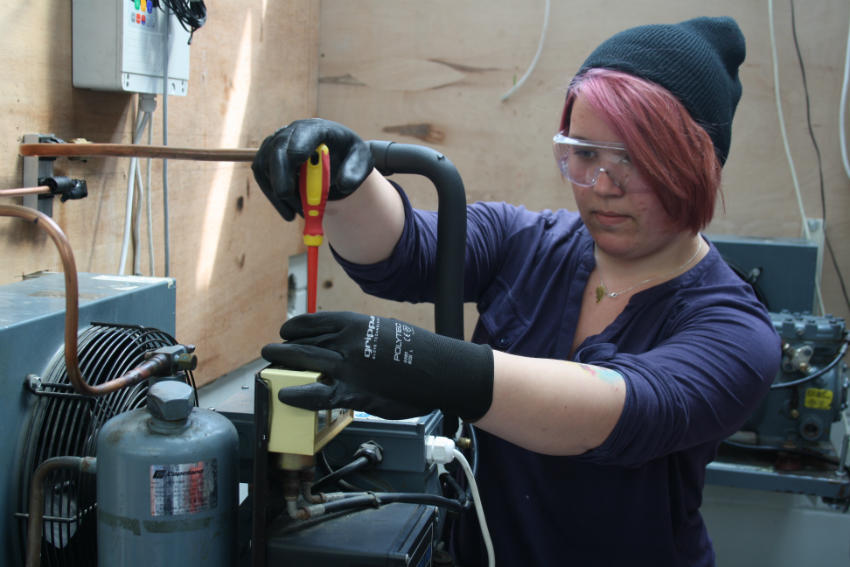 ​Which course are you studying?

I’m currently studying a Level 2 Apprenticeship in Refrigeration and Air Conditioning at Eastleigh College, working as an Apprentice Engineer at my dad’s company. I’ve been at College for two years’ now and I’m due to complete my qualification this summer.
​​I would like to go on and complete the Level 3 qualification at some point, but I’m not sure if I’ll go straight into this. My favourite part of my Apprenticeship this year is actually the theory – it’s a lot different to what I’ve done before, and I can go home and chat to my dad about it. He gets very excited to be able to talk about his industry with someone at home!

​Tell us about your current employer

​I work for my dad’s company, Whiteley Engineering, which is based in Fareham, Southampton. We do a lot of work for other companies and get to travel around a lot. My dad got into the industry when he was 16 and later set up his own company. My sister sometimes does the accounts, and even both my grandads have worked here! From the places we usually travel my favourite has to be Cornwall, but my dad has worked all over the world including places like America, Russia, Kazakhstan and New Zealand.

​What attracted you to the industry?

​My dad needed a hand at one of his jobs in Bournemouth one summer, so I was roped into helping for a few days. I was only rolling out copper and doing some lagging, but I really enjoyed it. So I decided to apply for the course at Eastleigh College only a week later! I had planned to go and study A levels, as I was always told that was the route to take, but learning in a classroom just isn’t for me. Plus this way I get paid to work, which is a much bigger incentive.

​What do you specialise in now? Or, what type of projects do you work on? 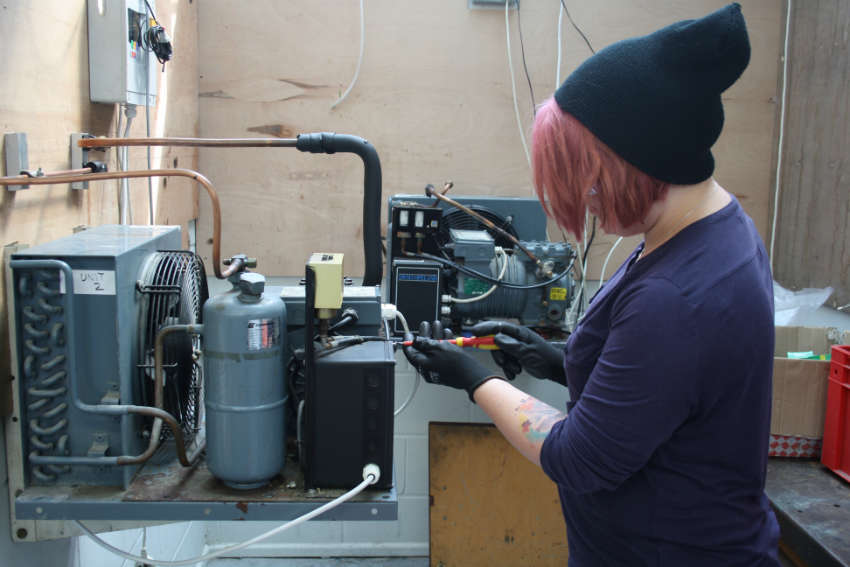 ​I specialise mostly in air conditioning; I’ve done one refrigeration system before. I’m better at the electrics than the older people I work with, because my eyesight is better and my hands are smaller, so I can work at making the electrics neater. Most of the work we do is based in places like hospitals and large supermarkets like Tesco, but because my dad has so much knowledge from his years in the industry we quite often get called out to diagnose and fix problems all over the country.

​What do you know now about the industry which you wished you had known before?

​When I first started I was worried about how men would react to working with me, but actually they quickly became used to me and it’s not long before you become one of the lads. They don’t treat me any differently to any other colleague. I also wish I’d known how difficult it would be to find steel toe-capped boots in a size 4!

​What excites or interests you about the industry and your part in it now?

​I like learning new things all the time, and experimenting with new gadgets and tools – it’s good to keep up with the latest technology in the industry. It’s also great that if something goes wrong with an appliance at home, I can fix it without having to call someone out. I recently fixed my grandparent’s fridge for them, which saved them some money.

​What would you say to other women who are considering coming into the ACR industry?

​I would say it’s worth it – you gain a lot of confidence and learn how to hold your own. I’d warn people that sometimes the hours are long, but they are also flexible so it’s a bit of give and take. It’s really fun, rewarding and you get to meet lots of new people and make good contacts. You’ll also see your fitness and strength get much better! 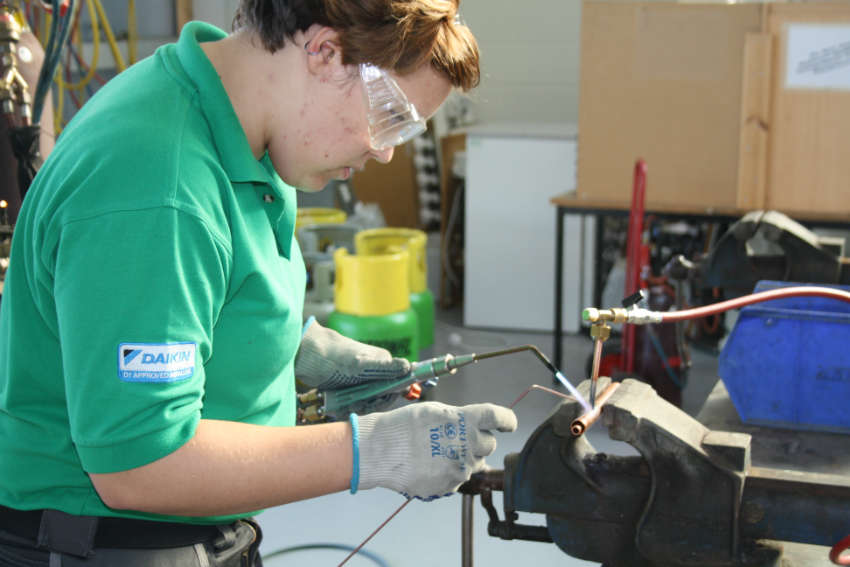 ​Where do you see your career developing?

​I’d like to be as good as my dad one day, with vast knowledge and expertise. At some point I will take over the business, and I hope to grow this and employ more people which is something my dad never did.  I’d like to have a family at some point so I need to think about how I can take a back seat when this happens and still run the company successfully.

​What are the challenges of this industry?

​Knowledge; there is just so much knowledge to learn. Every time you do a new job you learn something new, even if that’s something new that has gone wrong. As a woman, you also need to compensate for not being as strong as the men you’re working with. For example, I’m not strong enough to carry my tools in a toolbox or holdall like the other guys, so I have to use a backpack.

​What are the benefits of being in your role?

​No day is ever the same. You also get paid while you’re learning, and even though you’re on an Apprentice wage, your pay does go up with experience. Doing an Apprenticeship was the best thing for me, I definitely wouldn’t have succeed by going through the academic route.

​What industry competitions or events have you participated in?

​Last year I took part in the regional SkillFridge competition. I didn’t get through to the nationals, but it was a great experience which has given me confidence in myself and skills beyond my level of study. We had to build an air conditioning system and test it (similar to an F-gas assessment) and also do some electrical tests. We had to make sure we were within the time frame and attention to detail was important – it’s nice not to always need to work under that much pressure!