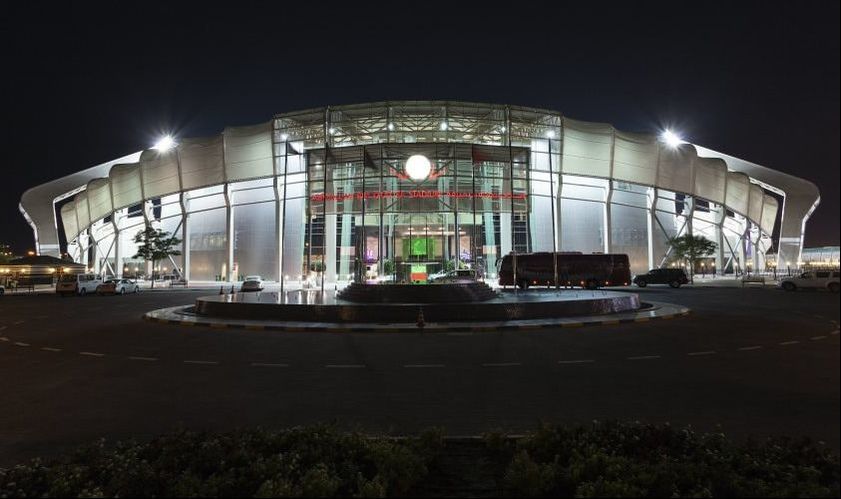 The Khalifa International Stadium
​Of the design challenges faced, Dr Hughes said: “Normal air conditioning wouldn't work. The temperature wouldn't be stable and the huge flow of air would potentially interfere with the field of play. One of the main challenges in holding the World Cup in Qatar is maintaining the thermal comfort of players and spectators. By using innovative cooling technology, we are able to reduce temperatures and the energy needed to meet carbon neutral commitments.”

The cooling technology that Dr Hughes refers to has its roots in traditional architecture of the Middle East region. Wind towers were used for centuries to capture outdoor air and force it through a building, thereby creating a cooling effect by the movement of air. Wind towers have been used in the stadium cooling design, to force air into underground chambers where the air temperature is lowered as it passes over heat recovery heat pipes filled with cold water. The heat from the air is transferred to the water in the pipes and ejected elsewhere. The cooled air is then pumped into the stadium, to provide relief to the players and spectators.

Optimistic
Heat pipes are sealed tubes partially filled with a fluid used to transfer heat between fluid streams at different temperatures. Heat is transferred due to pressure changes in the pipes, as fluid evaporates and condenses at either end of the heat pipe. This is a passive process as no energy input is required to transfer heat.

The idea for district cooling as a solution, where the air required for buildings is centrally cool and is then distributed to where it is required, is becoming more commonly accepted given the cost reduction and green credentials. A benefit of district cooling is that it uses recovered heat in a mixed mode to deliver a stable, comfortable indoor environment.

The ideas for the cooling of the stadiums were generated before the dates for the 2022 World Cup were moved from the summer to the winter due to fears about the effectiveness of the technology, its environmental impact and the fact nothing could be done to reduce outside temperatures. However, Dr Hughes said the project could have delivered acceptable temperatures in venues even in June and July, although doing it in December is much easier.
"We're aiming for a range of 24-26 degrees but could get it down to 21 degrees. And we think we can increase efficiency by up to 50%,” he said.

The research team had studied previous World Cups with high temperatures, such as the 1994 World Cup in the United States or the 2006 tournament in Germany, to work out the amount of stress players experienced. As a result, Dr Hughes is confident heat in Qatar will not be the factor many have feared and is optimistic about the benefits of the technology for the region and the United Kingdom's chances of tapping into the Qatari construction boom.

The first venue with this system is the Khalifa International Stadium, which was built in 1976 but reopened last month after extensive refurbishment and is set to host the World Athletics Championships in 2019 and World Cup matches in 2022.

This project was made possible by a National Priorities Research Program (NPRP) award from the Qatar National Research Fund, a member of the Qatar Foundation.
Content continues after advertisements