Ventilation specialist S&P UK says it is helping to bridge the skills gap in the HVAC industry by investing in apprentices, and is calling on more firms to follow suit.

Ahead of the 15th annual National Apprenticeship Week (February 7-13), themed on ‘Build the Future’ and highlighting benefits for local young people, businesses and communities, S&P UK has emphasised the importance of investing in future skills and leaders with success stories of apprentices climbing the ladder.

It comes after the Institute of Engineering and Technology warned in a recent letter to the government of a 173,000 shortfall of STEM workers: an average of 10 unfilled roles per UK business.

Meanwhile, the Annual Manufacturing Report 2020 found British manufacturers are facing the biggest shortage of skilled workers since 1989. Outdated perceptions over pay and conditions as well as political and economic uncertainty were cited.

S&P UK managing director, Alex Finch, said: “Manufacturing and engineering need to adjust their image as highly skilled, innovative, creative and well-paid industries to attract young talent. We are backing up our words with action: we have three amazing apprentices and a former apprentice now occupying a senior role within the company.” 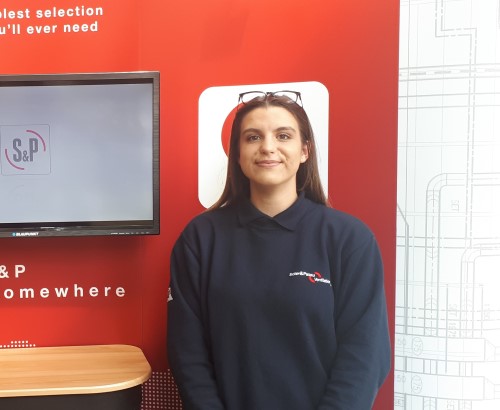 Spending one day a week at college and four days in the workplace, the 21-year-old said: “I would recommend an apprenticeship to anyone who is interested in a role in engineering. Developing from within is a key philosophy at S&P UK, and they offer varied opportunities for employees.

Jordan said: “The apprenticeship has allowed me to take on more responsibilities whilst providing me with the experience I need to apply and grow within the workplace.” 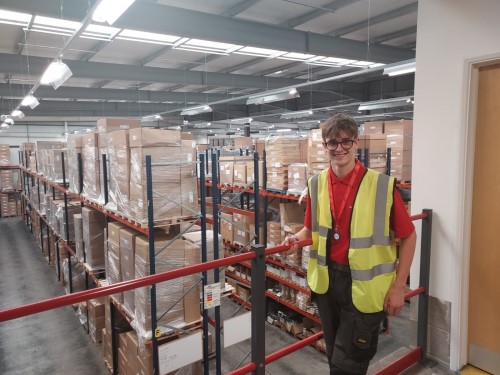 16-year-old Sam has always been interested in anything hands-on which engages his brain. He came straight from school last summer to take advantage of S&P's three-year Level 3 Engineering Technician apprenticeship, supported by the Colchester Institute.

Sam said: “Some people are more studious and naturally go for the college and university route. But that wasn’t for me and I think more of my generation are starting to realise there are different, and sometimes better suited, pathways to find your chosen career.

“I saw the S&P UK apprenticeship online and it seemed perfect. I’m so happy I was chosen. I’m learning so many skills and have been made to feel so welcome.” 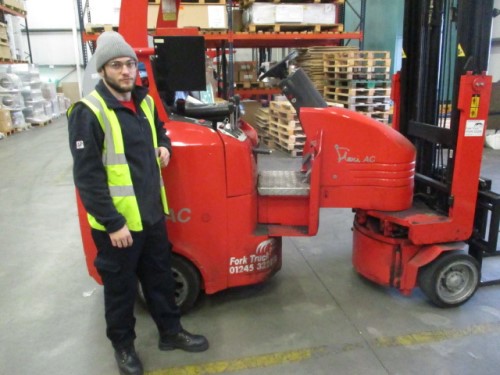 James, 23, is studying towards a Level 2 apprenticeship and is already getting stuck in with jobs around the warehouse and developing new skills almost every day.

He said: “The role sounded really beneficial to me – gaining a greater understanding of warehousing and providing a stable routine – and the apprenticeship is so far proving to be the best career path for me.

“I would recommend this pathway or role to anyone looking for employment in the warehousing sector. Everyone is very friendly and knowledgeable, and ensure the training remains stimulating.”

Kieran joined S&P UK in 2016 and has since completed a Higher Level apprenticeship in Advanced Manufacturing Engineering (Electrical/Electronics) in the Science, Engineering and Manufacturing Technologies. He is now employed full time as a Technical Support Engineer.

The 23-year-old is studying towards a Level 5 Higher National Diploma in Engineering and was a ‘Rising Star of the Year’ regional shortlist at the National Apprenticeship Awards 2021.

Kieran’s 18-month apprenticeship included a Distinction for a BTEC Level 4 Higher National Certificate in Engineering (Electrical and Electronic Engineering) as well as a NVQ Extended Diploma in Engineering Manufacture.

He said: “My qualifications have really benefited my career by providing me with practical knowledge and experience in different environments. They’ve undoubtedly given me a massive boost and I look forward to progressing further with S&P UK and enhancing our reputation.”