As chiller manufacturer, Trane, begins its launch of five new commercial products into the European market, ACR Today editor, Will Hawkins, travelled to Charmes, site of the Trane's factory in north-east France, to interview Jeff Moe, vice president of product management and marketing in Europe, Middle East and Africa, what is driving the developments. 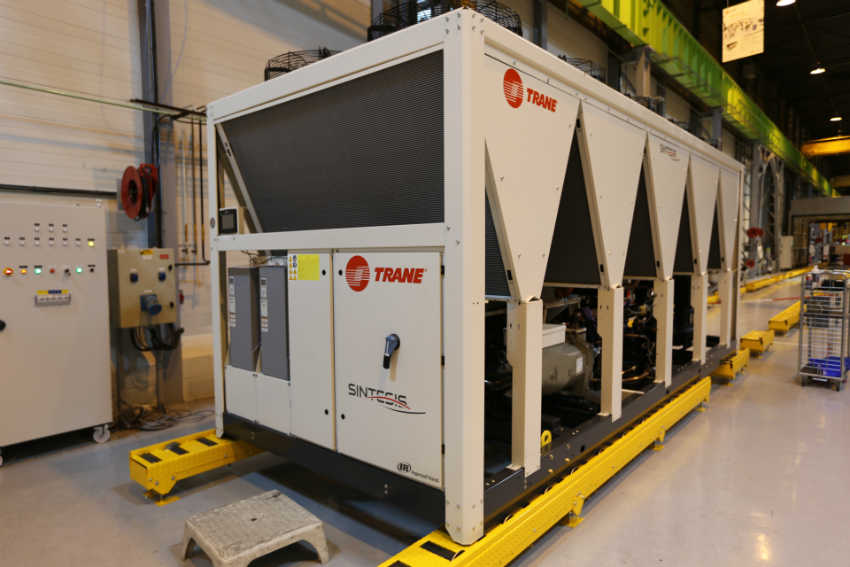 Trane Sintesis
As chiller manufacturer, Trane, begins its launch of five new commercial products into the European market, ACR Today editor, Will Hawkins, travelled to Charmes, site of the Trane’s factory in north-east France, to interview Jeff Moe, vice president of product management and marketing in Europe, Middle East and Africa, what is driving the developments.

​Trane has been a leader in chillers for a long time, making its first chiller in 1938. However, the company has been low-key in its marketing activity more recently, and admitted they had not run a press event for over 10 years to talk about new products and developments in the business. 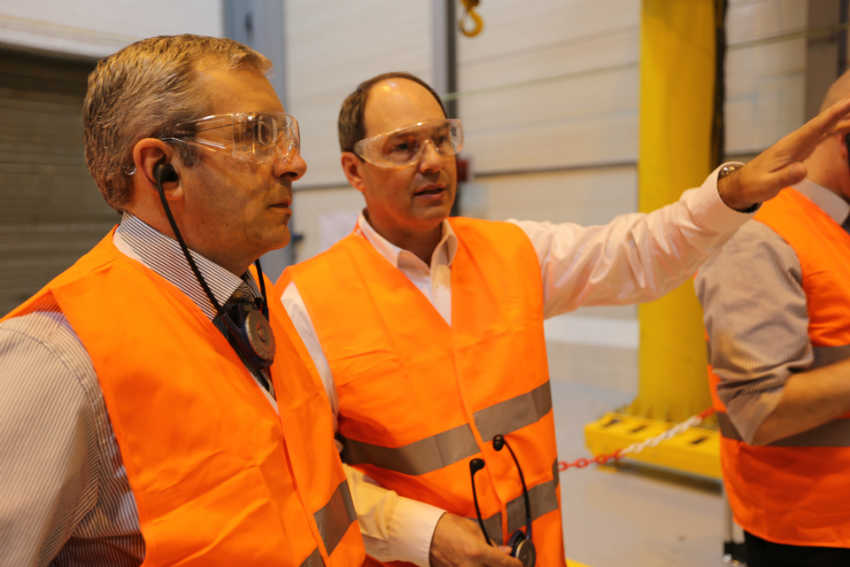 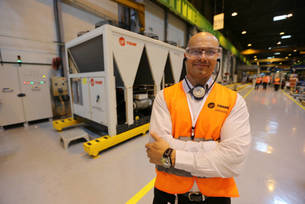 Photo: Bruno Girotti, engineer, Trane in front of Sintesis chiller
But, the business has, recently, been going through a major transformation to bring out new five new chillers to meet the changing face of the market in Europe and around the world.

The chillers cover a range of capacities between 20kW and 14,000kW and have some significant improvements in the them to meet new legislative, energy efficiency and noise reduction requirements from customers in the healthcare, education, commercial property, process cooling and lodging markets in Europe.

The new ranges are as follows:

Markets for the chillers

WH: You have some ambitious plans for your new chillers. Where do you see most of the growth in your market share coming from for the products?

JM: ‘When we think about market share we, honestly, don’t have that level of precision.’
‘Let me give you two examples. If you think about ice making, where we go down to -8 degrees, that’s a perfect example for ice storage and ice making applications.’

‘On the other hand, when you think about ice rink applications, those would normally go down to a -12 degrees C. This gets really interesting because of the level of specificity in the hardness of the ice for ice rinks.’

‘And, a lot of these are competition rinks. It’s not you and me going skating in winter. It’s for international competition. And so, that’s another level of nuance that we have in there.’
​
‘I won’t get into the specific market shares and the extent of growth we have. The word I use is ‘significant’. Not incremental. There is significant growth. And for us to hit that significant growth, we must grow in all of the different areas.’
Content continues after advertisements

WH: Who are the other people you want to influence other than your direct customers, such as consultants, for example?

JM: ‘Yes, I would say that is a huge part. I don’t want to use numbers, because I don’t have the specific data for that, but let me paint a broad picture. The majority of our products are actually directly purchased by mechanical contractors who acting as an agent for either for the end user or, typically, for a general contractor.’

‘So, because of that, the mechanical contractor, is an extremely important stakeholder of ours.’
​
‘Especially pertinent in the UK, are the consulting engineers. They are integral in what’s going on. The consulting engineer can look at what the end user needs, puts a specification together and that’s what we bid for.’

WH: How important is the UK to your overall European market plan?

‘There is a third one, and its importance of being involved in that market because they may be ‘leading trendsetters’ in what we are seeing in other areas.’

‘A consulting engineer that is a trendsetter is starting to do a very small portion of specs but you can use them to anticipate where the market is going.’

‘Some of these UK trendsetters are global consultants working in Shanghai, Hong Kong, New York or Sao Paulo, for example. They are vital for us and their importance really transcends the small number of them in London.’

‘But, for total chillers, the UK market represents about 8.5% of the total European market. Any market that’s above 5% is very significant for us.’

​Confidence in their chillers

WH: Have these products been out in the field yet?

JM: ‘Yes, we have a number of ways to get our products out into the field for trials.’

‘One of them is through our rental fleet. We build some of our early manufacturing prototypes for the rental fleet where we test them in the field and work with customers.’
​
‘This gives us direct experience with the new products, not just theoretical knowledge. The best way to test these [new products] is with real customers.

WH: You mentioned that you are using a new HFO refrigerant in some of your new chillers. Can you tell me more about that? It sounds like a big leap.

JM: ‘Yes, it is, but we have carried out extensive testing with it in our products. We are very confident in what we have.’

‘The next generation refrigerants is predominantly driven by climate change and global warming and refrigerant GWP.’

‘In the European F-gas legislation, it is classified officially as 4. When you look at the GWP of a number of the natural refrigerants, they are similar or higher.’
​
‘So, from an environmental perspective, it is, essentially, solving the direct impact on climate change.’ 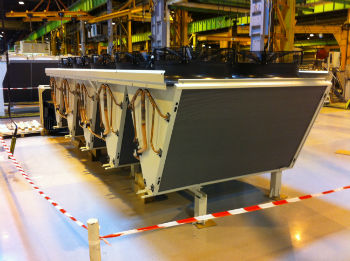 Trane chiller in production
WH: Another point which came across has been the reduced noise from the new chillers. What is driving this?

JM: ‘In my experience, the basic ‘Centre Ville’ building-type environment which you have in Europe, which is quite different from the US, drives the desire, the need for lower noise.’

‘There are certain regulations you have to hit too.’

‘In the past, you could build screens around it [the chiller] to lower the noise levels. But, now with the reduced noise from the fans, instead of building thicker walls, there is no need to, which saves costs.’
‘Also, to reduce noise people used to reduce the speed of the fans which, in turn, reduces the efficiency of the chiller.’
​
‘With the new chillers, we can move from our basic to low noise to extra low noise with zero change in efficiency.’

The battle of hearts and minds