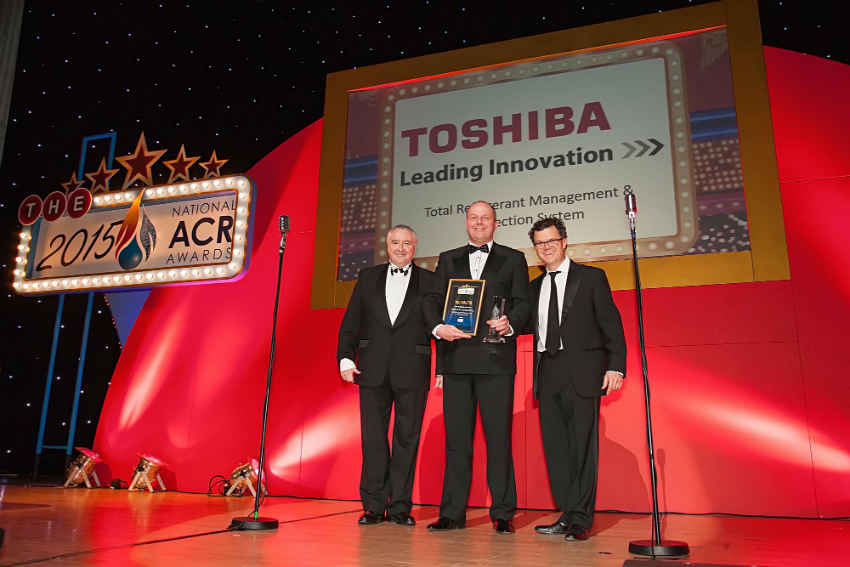 David Dunn collects the award at the National ACR Awards 2015

Minimising refrigerant leakage is one of the most important issues facing the industry today.

It is vital in order to protect the environment, maintain equipment performance and efficiency and ensure the health and safety of building occupants. Moreover, it is a core principle at the heart of the recently revised F-Gas legislation.

Toshiba’s Total Refrigerant Leak Protection and Management System represents an important step forward for the industry in this important area. The technology offers a comprehensive solution to the problem of refrigerant containment, and is designed to meet end users’ requirement for total reassurance about the prevention and management of leaks.
​It is based on a new approach to leak protection. Conventional methods shut down the entire system in the event of a leak, impacting all building occupants until the leak is identified and repaired – with implications for productivity and revenue. 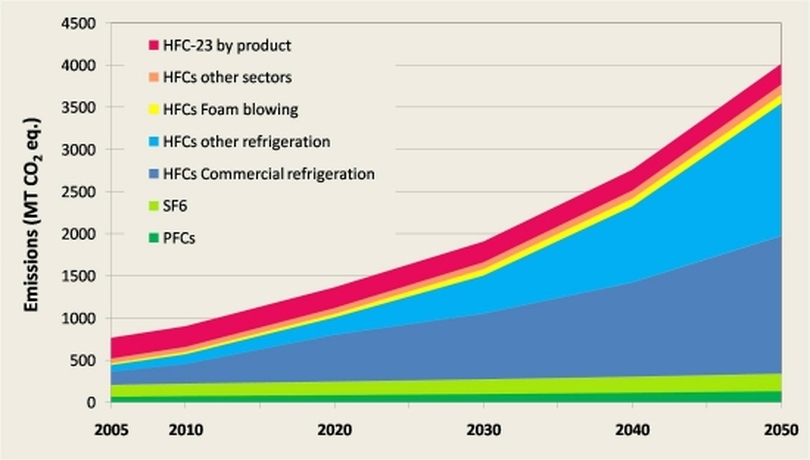 ​Toshiba’s system takes a different approach. In the event of a refrigerant leak, it identifies and then isolates the specific section of pipework containing the leak, enabling the rest of the system to continue functioning as normal.

The system uses a number of separate “isolation cells” throughout a building. These consist of an RBC-RD3 refrigerant concentration sensor, a pair of motorised isolation valves, and an RBC-RD7 control box.

The motorised valves are fitted in refrigerant pipework (liquid and gas) outside each conditioned space, while the room sensor is located within the space at low level, and the control box mounted next to the indoor unit.

If the sensor detects refrigerant in the room, it triggers an alarm and a fault code on the indoor unit, detected in turn by a central controller or BMS, and initiating the isolation sequence. The motorised valves close automatically, effectively isolating the conditioned space from the rest of the system.

At the same time, on-site maintenance staff and service contractors are notified of the alarm status and its location.
Content continues after advertisements

​The system, designed for use in multi-tenanted buildings such as hotels and offices, means that only the immediate area served by the compromised circuit suffers loss of service. This could be a hotel room or single office within a building. The rest of the building can continue to operate, with full cooling and heating, while the isolated cell is investigated and repaired.

The technology is primarily designed for use with Toshiba VRF systems but can also be used with split systems. It can be specified on new installations or retrofitted on Toshiba equipment on existing sites.

For the contractors, the system greatly speeds up the process of locating a leak, as the space affected has already been isolated. It means that the engineer attending does not have to survey the entire building. With remote reporting, this information can be quickly accessed via the hotel’s central control system. 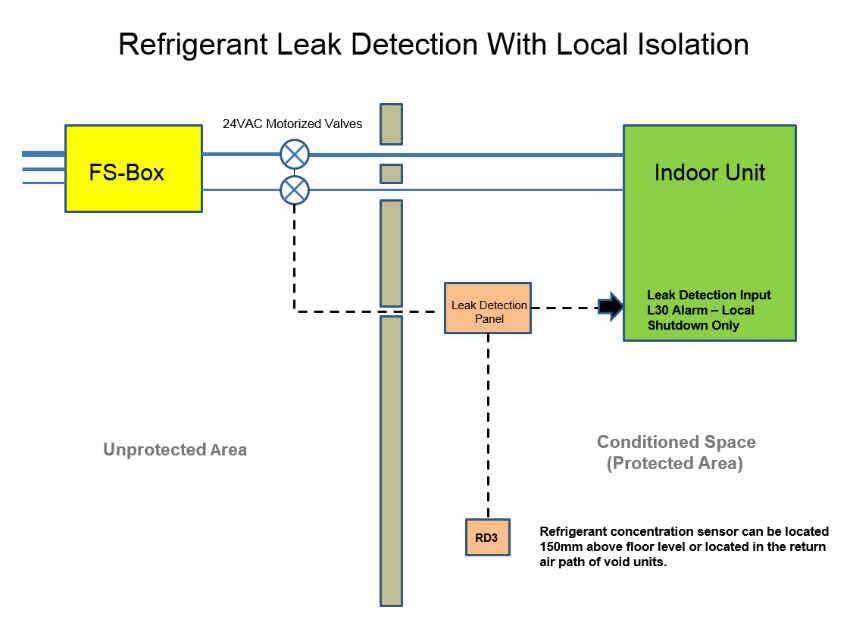 The refrigerant protection system delivers a number of additional benefits for end users and building occupants.

Air conditioning systems operating on a reduced charge, as a result of an unidentified leak, do not operate at optimum performance. This results in increased energy consumption and reduced heating and cooling effectiveness for building occupants.

The corollary is that running costs for systems with the correct charge, maintained by the Toshiba protection system, are reduced and optimum performance maintained.
It can help extend the working life of system components, as a slow leak may not be picked up by a standard leak detector or ‘sniffer’. It enables rapid and effective refrigerant checks on site, through simple visual inspection, ensuring straightforward compliance with the F-Gas Regulation.

In the case of accidental damage to pipe work, emergency pump down of the affected circuit renders the system completely safe, quickly and automatically.

The failsafe monitoring system continues to operate even if the front-of-house computer is turned off. It can even be set to initiate an alarm to inform staff that the operating computer is no longer working.

​It is believed to be the only system that offers a completely integrated approach. It has a particular application in nursing homes or respite centres, where people may need assistance to evacuate a building in the event of a refrigerant leak.

For example, for a vulnerable person asleep in a hotel room, perhaps unable to see or hear standard visual/audible alarms, the system can be connected to shake pads - now used in a growing number of hotels, which wake the sleeper and alert them to the problem.

Since being developed, the system has been adopted by a number of national end users in the hotel sector, as part of their core specification for new and retrofit buildings.

It has been specified as it addresses several concerns around the safety of buildings occupants, efficiency, system resilience and continued building operation in the event of a leak.