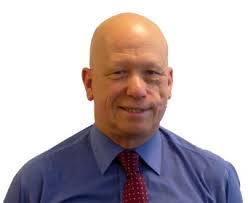 The use of Performax LT (R407F) has been well documented as a R404A replacement in supermarket applications over the last two years, however, it can work equally well in other applications such as food storage and food processing applications, where R404A would have been the refrigerant of choice for new equipment.


With uncertainty over where the proposed changes to the F-Gas regulations may settle, there are a number of reasons to look at alternatives to R404, especially for new equipment. The selection of refrigerant based on GWP can be a reason, as R404A has a value of 3922, whilst the GWP of Performax LT (R407F) is more than half at 1824.

However, energy efficiency and carbon footprint reductions are other important considerations.
Although there is currently no legislative restriction on using R404A in new equipment, the benefits offered by Performax LT in terms of operational costs, are attractive and would be enhanced if there was a possibility that R404A equipment may need to be converted at a later date.


The following three examples of industrial applications all choosing to use Performax LT instead of R404A in new equipment are the first of many as others follow in 2013.

In 2011 when Norfolk-based JD Cooling Limited were tasked with replacing old R22 plant with a new Dx system within a storage area, at one of the UK’s largest potato suppliers, they consulted with Climalife UK to find a solution that could give their customer savings.

The storage room in question contained a floor-standing cooler with a conventional thermostatic expansion valve, fixed speed compressor and fixed speed condenser fans operating with pressure switches set for year-round operation. JD Cooling began the project by creating a new and bespoke design for the equipment, still incorporating a floor-standing cooler but with push-through fans and varying fin spacing, designed with the intention of reducing the dehumidifying effect caused by direct expansion (DX) refrigeration.

In addition to the cooler, the new equipment also included electronic expansion valves to modulate the flow of refrigerant and variable speed compressor and condenser fans to facilitate a more balanced and energy efficient system. In conjunction with their chosen design improvements JD Cooling were able to show the real potential of Performax™ LT as the new plant is showing a reduction in running costs of 25% compared to the previous equipment by delivering monthly savings in the region of 4,000 kW.

Meanwhile a bakery in Bedfordshire was another application where R404A would have been the refrigerant of choice. Total Cool Refrigeration & Air Conditioning Ltd took on this project in July 2012 to install new equipment and after discussing the application with Climalife UK chose Performax LT (R407F).


The installation consisted of 3 x Friga systems (Bitzer) FSMP6J-32ZY multiplexed semi-hermetic compressors in a packaged unit with 3 coolers, with a cooling capacity of 225KW, and evaporating temperature of -1°C to +1°C , condensing at 43°C. Total Cool elected to use Carel electronic expansion valves because they had settings for Performax™ LT and found them very user-friendly and easy to install. The flatbreads come out of the oven at a temperature of 80°C and need to be cooled very quickly to 20°C. This has been achieved and since the completion of the project both the customer and Total Cool have been pleased with the results of using Performax™ LT. 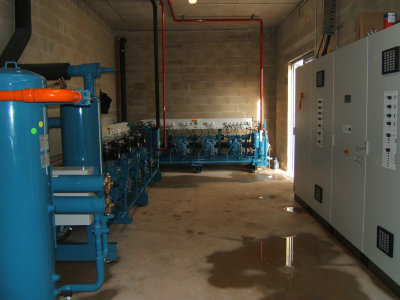 The plant which was installed in April 2012 was designed with a loading platform kept at a temperature of 4°C where the fresh produce is stored temporarily, whilst the storage room for frozen products is kept at a temperature of - 22°C. The installation consists of two Profroid plants with 4 Bitzer semi-hermetic reciprocating compressors, a total refrigerant charge of 470 kg of Performax LT and 40 Litres of Mobil EAL 32 Polyol ester oil. The chill room plant has a duty of 165 kW and the frozen storage plant 124 kW.
Complementing the energy gain provided by Performax LT, performance is improved by the use of hot gas defrost and Kuba evaporators.

All these applications have shown that Performax LT can be successfully used instead of R404A in Dx systems. Although these examples are for new equipment, there is an equally valid case for converting existing R404A systems to Performax LT to achieve energy saving, use a lower GWP refrigerant and achieve carbon footprint reductions.