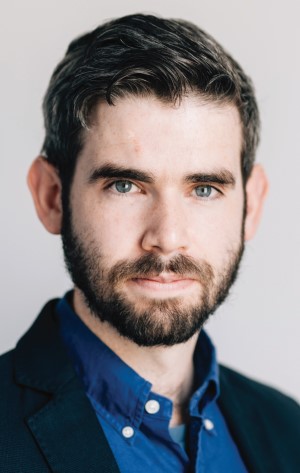 Air quality is firmly on the agenda. You only need a quick look through the news to see the growing body of research now making a direct link between prolonged exposure to pollution and poor health. Rightly, much of the effort is focused on improving outdoor air quality – particularly in major cities that regularly exceed annual legal limits within the first few weeks of a new year.

However, less attention is given to the effects of poor indoor air quality, particularly in public buildings and other environments such as corporate offices where large numbers of people are likely to congregate for extended periods. Maintaining these environments is difficult, not least because there are a growing number of factors to consider. For example, carbon dioxide and carbon monoxide removal are well-established challenges, but there are also other more mysterious issues, like Sick Building Syndrome, that pose a growing challenge to those responsible for maintaining healthy indoor environments.

The good news is that new approaches are emerging to transform the way indoor air quality is managed. MOFs, or metal-organic frameworks, represent one of these new opportunities, helping to improve the standard of indoor air we breathe and lowering the amount of energy used to create a comfortable building.

MOFs are a new class of crystalline super-adsorbent. Composed of metal ions and organic linkers, they can be formed in one-, two- and three-dimensional structures. Their highly porous nature often sees them likened to sponges, though, unlike that material, MOFs can be designed to capture, store and release specific gases. This process is done through a careful selection of metals and linkers during the first stages of synthesis.

It is this bespoke quality along with a high storage capacity that gives MOFs so much promise. Other adsorbents, like activated carbon and silica gel, cannot hold anywhere near as much medium and cannot be used in such a selective way. On the other hand, MOFs offer record-breaking porosities (up to 10,000m2/g). They can be developed to target everything from ethylene and ammonia to carbon dioxide and methane from complex gas mixtures.

Given the tuneable properties of MOFs and their ability to hold vast amounts of medium, the implication for creating better indoor environments is clear. In schools, for example, these products could be used to specifically target and capture the carbon dioxide that can quickly build up in the average 30-seat classroom. For example, one teacher in Surrey found that CO2 levels rocketed after double lessons with the windows closed. In just 90 minutes, levels had reached 2,300 parts per million (ppm), or 0.23 per cent of the air, far exceeding the normal level of circa 400ppm.

This is far from a trivial issue, particularly in education, where the ability to concentrate is closely linked with future academic success. For example, research from Harvard University in 2016 found that, on average, a typical participant’s cognitive scores dropped by 21 per cent when the room’s CO2 was increased by just 400ppm beyond baseline concentration. In addition, critical response, information usage and strategy plummeted, all of which are key indicators of higher-level function and decision-making. 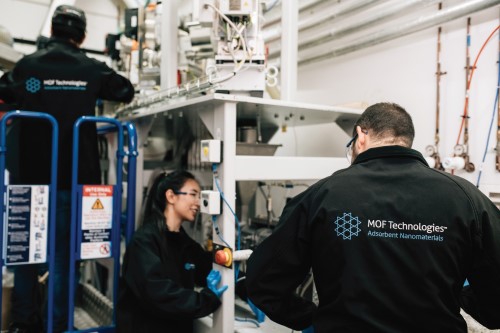 Unsurprisingly these results also pose problems for the corporate workforce, especially in countries where productivity is low, and the ongoing challenge of sick building syndrome (SBS) costs businesses millions in missed working days every year.  While the exact causes of SBS are still up for debate, some have identified the outgassing of materials from newspapers, furniture and building fabric as a possible candidate for the chronic symptoms people suffer, as well as volatile organic compounds released from things like aerosols, solvents and disinfectants.  Fortunately, MOFs can also play a role here with their ability to capture specific problem molecules while bypassing others needed for good indoor air quality.

Some might argue that simply opening the windows is sufficient, especially when tackling CO2 build up in small classrooms. In many cases, this will be effective; however, depending on the season, natural ventilation may not be possible due to either very high or very low external temperatures. Likewise, in other environments such as large lecture theatres or office blocks, there won’t be any windows to open, and fresh air will be provided through a fitted ventilation system. It’s also important to note that some inner-city buildings will be found next to busy roads where outdoor air quality is poor and noise is high, so other methods will be necessary. As such, there is a broad range of everyday scenarios where fitted ventilation is the only way to refresh air while sustaining a comfortable and healthy ambient indoor temperature.

Using MOFs to improve air quality also benefits buildings with demand-control ventilation (DCV). These systems optimise indoor air quality through sensor-based airflow management, providing rooms with the right amount of fresh air when it is needed. In an ideal world, DCVs would recycle 100 per cent of the air they use, but the CO2 that naturally builds up over time means more has to be introduced at certain times.

Introducing a MOF-based material into an existing DCV system offers a route out of this problem. Building managers, for example, could easily retrofit their existing HVAC systems, removing CO2 without the need for invasive modifications to their current system. In addition, the unique properties of MOFs allow them to be easily regenerated and reused, continuously removing CO2 and maintaining ideal conditions. The same principle applies to air travel when air is recycled back into the passenger cabin during a flight.

Perhaps the most significant benefit of this strategy is the ability to reduce the amount of energy used for temperature control during hotter months. For example, a typical office building in the summer will use air conditioning to cool a room and introduce warmer outdoor air to ensure CO2 is kept within an acceptable range. With MOFs, though, more of the already-cooled air could be recycled back into the system without the need to worry about pollutants, in turn lowering the cooling duty and energy penalty incurred. This approach would prove especially effective in countries that experience more prolonged periods of warm weather and rely heavily on HVAC systems.

More attention is now given to the air that we breathe. This is due to the emerging research and the effect of the COVID-19 pandemic, which has helped to make an explicit link between indoor conditions and people’s health. With society slowly returning to something resembling normality, now seems like an ideal opportunity to explore better strategies for managing the air in offices, schools and other buildings where large groups of people meet.