Making the move to natural alternatives Training at the Beijer Ref Academy 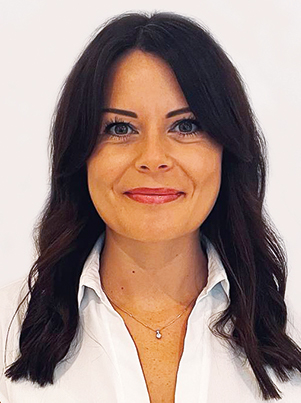 Hayley Cattell, group sales director of Beijer Ref UK & Ireland, explores the potential of CO₂ refrigeration and explains why the new Beijer Ref Academy can help engineers with the transition to natural refrigerants.

Natural refrigerants such as CO₂ have been used in refrigeration systems since the 1850s, but the advent of synthetic refrigerants and in particular CFCs led to its use being limited to certain applications.

In the mid-20th century, however, it was found that CFCs were harmful to the ozone layer and as a result the Montreal Protocol was created to phase out the use of substances with high Ozone Depleting Potential (ODP), which led to the rise in use of non or low ODP HFC refrigerants.

These refrigerants, or F-gases, while less harmful to the ozone layer were found to be contributing significantly to global warming and the Montreal Protocol was amended in Kyoto to limit and reduce their use. The EU then created the F- Gas Legislation in 2006 to control the phase out of high GWP refrigerants through bans and quota limitations (based on CO₂e) which has seen a significant rise in the use of natural refrigerants (CO₂, ammonia, hydrocarbons) and new refrigerants with low or lower global warming potential (GWP) being created.

The UK remains fully aligned to the F-Gas legislation and the EU may introduce faster phase downs in 2024, with the UK carrying out a similar review.

The table below details some of the refrigerants currently on the market and their key properties. The data demonstrates that there is no single answer to the question of how we lower overall GWP, but there are certainly options:

Carbon dioxide (CO₂) has the refrigerant designation R744 and has experienced a resurgence as a refrigerant in commercial and industrial applications.

While R744 can be an excellent refrigerant, using it is not without challenges and systems need to be carefully designed and operated. Although it is not subject to the F-Gas regulation, and is not flammable, it operates at higher pressures than other commonly used refrigerant.

A key operating difference between CO₂ and other refrigerants is the low critical and high triple points. These can both occur in normal ambient conditions and as such must be considered in system operation.

The high triple point puts a limit on how low the systems can evaporate. Also, as it occurs above atmospheric pressure, then it must be considered in refrigerant handling. The low critical point means at “condensing” or gas cooler outlet temperatures above this point we cannot condense the fluid back into a liquid.

With other refrigerants these points are further apart and as such do not occur in what could be normal operating conditions, so CO₂ is unique in this respect. The chart below details how CO₂ compares with some other commonly used refrigerants in terms of triple and critical points:

There are many other properties of CO₂ that are favourable, in particular its low environmental impact and suitability for various applications. The table below details some other characteristics of CO₂ and a range of other refrigerants.

The most widely adopted CO₂ refrigeration technology, particularly in the UK, is called transcritical. This name refers to the fact that when operating above the critical point we can no longer condense the refrigerant. At condensing temperatures below the critical point we operate “sub critically” which is similar operation to HFC systems. However, as transcritical operation can occur, system design and operation must cater for this.

The table below details how uptake grew up to 2020, as detailed in Shecco’s World Guide to Transcritical CO₂ Refrigeration Pt2:

As mentioned previously, a major consideration for CO₂ refrigeration is the design and operating pressures of the system, which falls under the Pressure Equipment (Safety) Regulations (previously the EU's PED). Again, this can vary depending on application and manufacturer but we are starting to see some standardisation around design pressures and in the main these are at the higher end of the potential options to offer the greatest system resilience.

Componentry to support these pressures is now readily available and Beijer Ref wholesalers Dean & Wood, RW, HRP and DWG are major suppliers to the market.

In addition, our new Beijer Ref Academy in Yorkshire can equip engineers with the most up-to-date training available. Our hands-on courses have been constructed by engineers for engineers, with CO₂ and A2L packaged condensing units fully operational.