The Government Kickstart scheme, designed to give young people employment opportunities and help businesses in the wake of the Covid pandemic, has been hailed as a success by J & E Hall HR director Martin Jefkins.

"We have been lucky enough to find three amazingly good people to join our team permanently. If Kickstart or something similar started again tomorrow I would be at the front of the queue," said Jefkins. 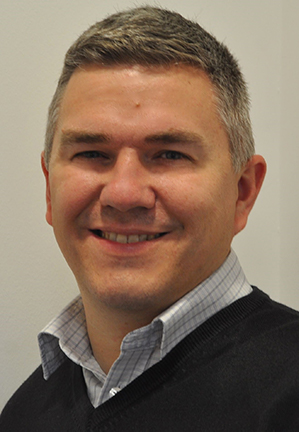 "It helped us to achieve some things that we would have struggled to do coming out of the back of Covid and was very good for the people that went on it. Those that went in with the right attitude and thought processes really got some good things out of it."

Kickstart provided funding for young people, aged 16-24, to join businesses on 25-hours-a-week six-month contracts.
J & E Hall originally took on four people, expanding the number to eight, for a variety of roles in Dartford and Derby.

"We initially had placements for four people and we then got approached by the Kickstart co-ordinators to take on some more because ours were doing particularly well and having a particularly good experience,” said Jefkins.

"They were employed in a variety of roles throughout the business. For example, one young person joined our marketing team to review our social media presence and look at how we could do that a bit differently.

"We took Emily Stanley on in our HR team for an archiving project for some of our old personnel files. We also took on individuals in our warehouse in Derby, finance and IT, both situated in Dartford. With the move to remote working and working from home there was a need to change some of our systems and hardware.

"As part of the placements we committed to give all the Kickstart recruits some training. They went on several courses to help with their employability going forwards, including how to write a CV, preparing for interviews, as well as other useful advice.

"We wanted to do the scheme in the right way. There were lots of horror stories during Kickstart of people taking youngsters on and just getting them to do basic tasks. But all of the eight that joined us got the right support to help them work out where they wanted to go next.

"Kickstart was always designed to be a short-term scheme as there was only a certain amount of funding. But it was really worthwhile for us. We really did feel like we were giving people some opportunities and experience.”

Jefkins said J & E Hall were delighted to be able to offer full-time jobs to three of the Kickstart youngsters.

"By the very nature of the scheme none of the roles they originally went into became full-time roles. But of course, in any business things crop up and vacancies arise.

"Three people particularly impressed us and had a great work ethic. When opportunities came up, we were really happy to talk to them because we thought they would be a great fit for the role and the company."

Vanessa Tu, 24, is now working as a project administrator in J & E Hall's nuclear solutions division in Dartford while Robin Nixon, 24, an engineering graduate, is a junior engineer in the compressor research and development department there. Emily Stanley, 21, is a contracts administrator in process systems and marine solutions at Dartford.

She said: "I lost my job in March 2020 when the theatre I was working in as an administrator had to shut because of the pandemic. After chatting to the Universal Credit co-ordinator, I found the Kickstart scheme. When I joined J & E Hall and was given the archives project to do, I knew I was going to enjoy getting stuck into it. I enjoyed being able to work independently while knowing there was a good support system."

She is looking forward to developing her career with J & E Hall:  "I think there is a good progression scheme here. I moved into the full-time role within two months of the Kickstart. When the company sees potential in you, they will push you forward."