In the Country with EJM Cryotech 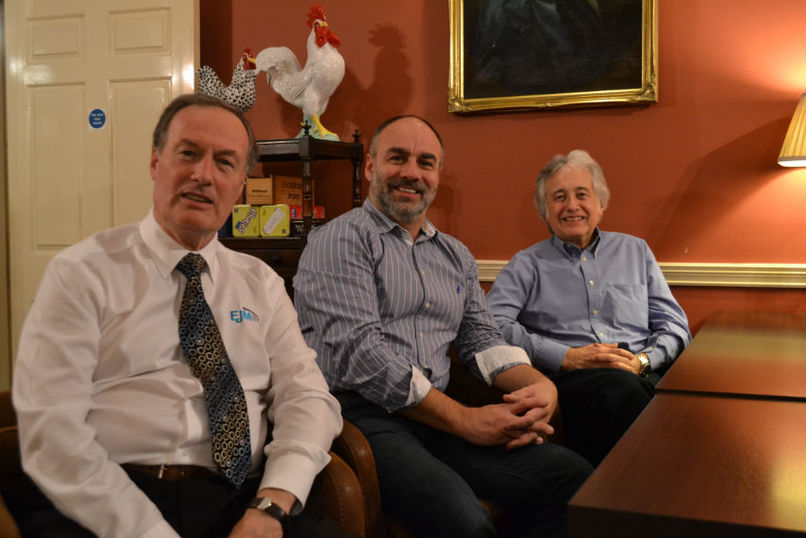 Before Christmas, Matt Morton, chairman of EJM Engineered Systems announced that, after talks over a number of years with Cryotech majority shareholder, Ron Mearns, they had agreed terms for Matt to buy Cryotech’s business. The fit was natural. Both companies have extensive and varied experience in the refrigeration industry,  and each business needed to find a better way of growing their enterprises and serving their customers.
Now part of the same business, EJM Cryotech is set to help its customers better with its refrigeration, air conditioning and ventilation solutions for industrial and commercial applications. Matt is investing heavily to enable the newly joined team of engineers to cover the UK and Ireland more effectively, not least by providing all the field engineers with the same, well equipped pick-up vehicles to safely move between jobs.

​With 16 engineers, the new business will be able to cover the UK more efficiently between its Derby and Shotton Colliery bases.

But, shooting? Matt Morton and Paul Cable are keen game shooters, and they regularly shoot in Yorkshire on the beautiful grounds of Ripley Castle, near Harrogate. I met Matt mid-afternoon to get some practice in before the next day's shoot. I have not been shooting for over 30 years so Matt spared some time to see if I could hit anything smaller than a barn door.

We stood in the valley below Ripley Castle's shooting yard. Matt loned me one of his shotguns, a Beretta. It was beautifully light and well-balanced. Accuracy was down to me. After all the rain in the month before, the ground was saturated. As dusk drew in, we waited for some ducks to come home to roost. We heard many pheasants roosting nearby and saw two ducks high up but, unfortunately, none came near enough for me even to frighten, let alone try to have them for the pot.

​Nevertheless, it was good to be outside in the fresh air and away from my computer.
Content continues after advertisements

Amongst the global challenges of the ACR industry we discussed, skills, or lack of, in the industry was a consistent theme of the night. Attracting new talent is a perennial challenge and it is one which prevents many refrigeration and air conditioning contractors from expanding their business to meet demand.

It is one reason behind EJM and Cryotech Systems coming together. Rather than competing, joining forces made more sense. When there is a skills shortage, it makes sense to find common ground and work together.
​
With the forthcoming 'RACHP EngTech Apprenticeship' due to launch soon, the industry is attempting to address the skills shortfall. However, with the first apprentices not due to come out of that scheme until Autumn 2019, there is still a gap to fill. 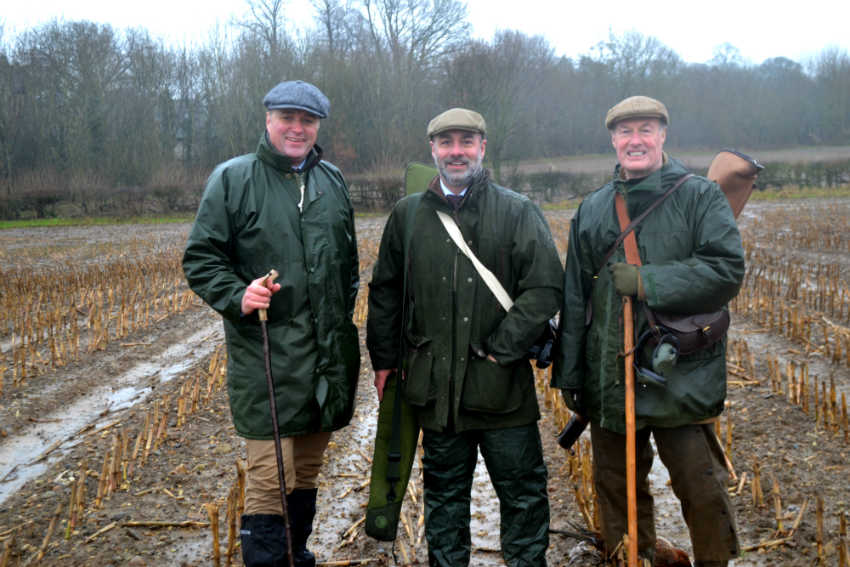 L to R: Will Hawkins, Paul Cable, Matt Morton after the first drive
The next morning, we started early after a good 'Yorkshire' fry up, and made our way through the rain to the highly organised shooting area where we met others in the shooting party. There's an army of people involved in a shoot. There are beaters who drive the birds out of the woods and crops towards the guns. People with highly trained dogs stand behind you to pick up the shot birds, and there are people (the bubbly Ruth, in this case) to provide you with refreshments between the 'drives'.

The weather beat down on us in the morning. Rain, rain and wind. The weather adds to the excitement, however. It adds a few extra miles per hour on the birds giving them a better chance of surviving (when coming towards me, anyway).
​
But, that did not stop the nine 'guns' from bagging a good collection of birds before lunch. Matt, Paul and Paul are all good shots and I saw them making contact with partridges and pheasants quite easily. Fortunately, I had a fellow called Richard with me to help me get somewhere near the game birds in the air. He also loaded which made a massive difference. In one drive, we were deep in a valley facing tall beech trees, which meant the birds were going to come at us high and fast. It was exhilarating and my barrels were hot by the end of it.

After lunch (and a hearty one it was, too), we drove back out to the countryside for the last two drives. The penultimate drive was challenging. The wind picked up and was in our faces. Richard had loaned me his ear defenders which were over my cap, thankfully, because the wind was trying to blow it off. And that was why I was not very successful (cough). We finished off on a drive on hill topped by woods for more 'high and fast' birds. They came towards us thick and fast. It was great fun and very challenging.

​Shooting with Matt, Paul and Paul was great fun. This industry is, perhaps, the friendliest I have ever worked in. The team at EJM Cryotech typify the people in it: friendly, technical experts and a pleasure to work with. Spending 24 hours with them was an absolute delight. Expect to see more about their projects in the coming months in the ACR Journal. They are very good at solving problems for their customers too.

The shooting party at lunch