How Retailers Can Save Heavily on Refrigeration Costs 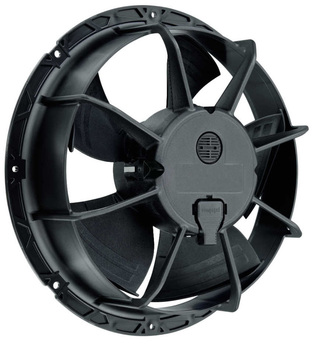 ​One of the simplest and most cost effective ways of improving the chiller cabinet’s energy performance is to upgrade the fans from AC to EC. The EC fan concept uses a high efficiency permanent magnet motor, as opposed to the AC induction motor traditionally used.

Upgrading can result in a reduction in energy consumption by up to 70 per cent, giving businesses payback on their investment in as little as two years. Despite this, many stores still rely on older models which are noisy, have high heat load and poor carbon footprint.

​Henderson Group, the family-owned business that owns popular retail brands including Spar and Eurospar, is the largest convenience retail brand in Northern Ireland with over 400 stores. The business takes a responsible approach to environmental issues and is committed to reducing its CO2 footprint, focusing on improving the whole supply chain in order to conduct business in an environmentally-friendly way.

This approach led the company to review the energy output of its refrigeration fans, which worked with conventional shaded-pole motors, therefore using up a lot of energy. With an existing stock of 2,000 fridge fans, Henderson Group realised it could deliver substantial energy savings with an upgrade project. The business contacted ebm-papst, the leading fan manufacturer, and Cross Group, which delivers industrial and commercial refrigeration solutions, and worked with them to install over 2,000 new fans throughout the company’s 400 stores.
Content continues after advertisements 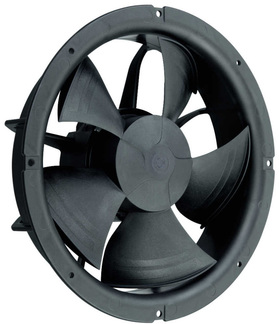 ​Conducting such a large-scale upgrade programme is less disruptive than you might think. EC fans are usually directly interchangeable with their predecessors, meaning the replacement process is quick and simple.

For the Henderson Group, most existing AC fridge fans were simply replaced with the energy efficient EC fans from ebm-papst. However, in some cases the Cross Group had to use adapters as some of the stores had a different type of refrigeration cabinet.

In both scenarios, disruption to the customer experience was minimised.

Longer term ongoing maintenance is also minimised, as the EC technology means there is less heat flowing through the motors which in turn leads to fewer rotor copper and slip losses.

​The fans used during the upgrade were ebm-papst’s EC 8W fans. Compared with the business’ existing 38W AC fridge fans, the kW demand was reduced from 91.2kW to 17.60kW. This led to a total power consumption reduction of 644,736kWh, with the new EC fans consuming just 154,176kWh in a year, compared to the 798,912kWh of the old fans.

The fan upgrade also led to carbon dioxide savings of 318.50 tonnes per year across all the stores involved in the project – the equivalent of 2,023 double decker buses! 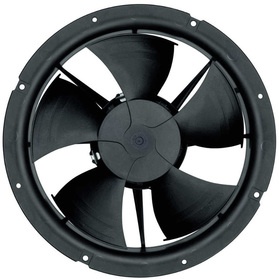 ​Upgrading to EC fans is a great choice for supermarket businesses looking to quickly reduce their carbon footprint. It directly impacts on the bottom line with significant cost savings that will quickly pay back the original upgrade costs. For Henderson Group, this was estimated to be a cost-saving in excess of £70,000 annually for the group.

Upgrades mean retailers will also improve the customer experience by reducing noise, improving reliability and less maintenance disruption, all whilst allowing them to get a step closer to their environmental goals.