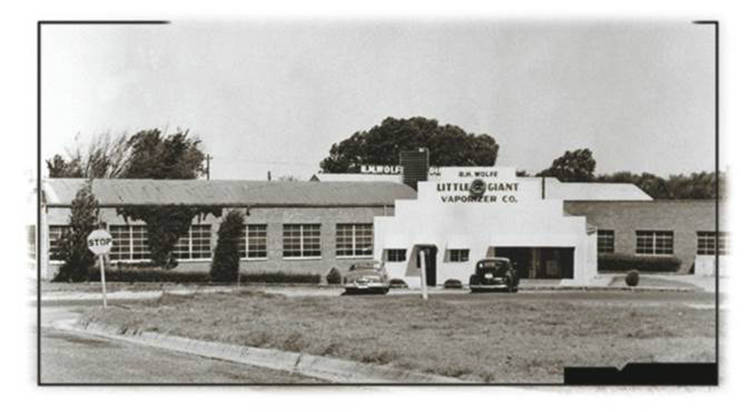 Little Giant traces its origins to 1939 when a couple of enterprising Oklahoma City inventors received a patent for their design of a small, submersible motor used for commercial evaporative coolers. Popular at the time, the pump provided cooling in cinemas and other buildings during the hot Oklahoma summers. The submersible motor was a success. In 1941, Little Giant Vaporizer Company began making and marketing the product.

​The name Little Giant is an antonym referring to the fact that the product is LITTLE (compared to other similar products at the time) but delivered GIANT performance and benefit to the user.
​By the early 1950’s the company its name to 'Little Giant Corporation', which later became the Little Giant Pump Company.

​The first products marketed as Little Giant were small water pumps. By 1958, the company introduced its first self-contained, automatic condensate removal pump. The heart of the condensate pump was a Little Giant water pump. The design included a tank, on/off switch and a water pump. As condensate water filled the tank, a switch activated the pump to pump it away.

The concept is not much different than centrifugal tank pumps used today. The Little Giant condensate pump was one of the first and most successful of its type in the American HVAC market. By 1966, the company advertising slogan was “World’s largest manufacturer of condensate removers”.
Content continues after advertisements 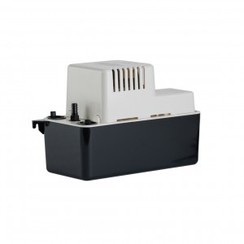 VCMA-20S – 2 Litre Tank Pump
​For the next 20 years following its introduction, the Little Giant company improved the automatic condensate pump. The company expanded the product offering, but in 1978, they reached a major milestone. The company introduced its first two-litre centrifugal tank pump, the model VCM-17. Its design and great success have since influenced all two-litre centrifugal tank pumps.

The original market for the small pump was American residential air conditioning. The pump worked its way into the British refrigeration market during the 1980s. It became the leading condensate removal pump. During the early 1990s, it was successful in Europe. Installers began using it to remove condensate from basement installed condensing boilers.

Today, the Little Giant model VCMA-20S is the most widely used two-litre tank condensate pump in England. It remains the market leader in America. Pump House has taken many customers over to America to see and meet the team at Little Giant. Below is one photo of people who attended these trips. Many of the faces will be familiar. 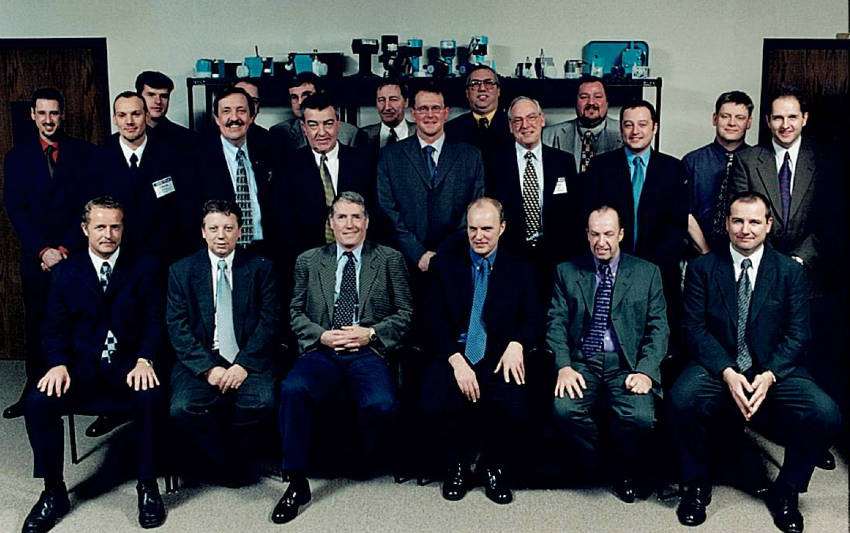 We would like to take this opportunity to thank you for your Little Giant pump purchases over the last 25 years.