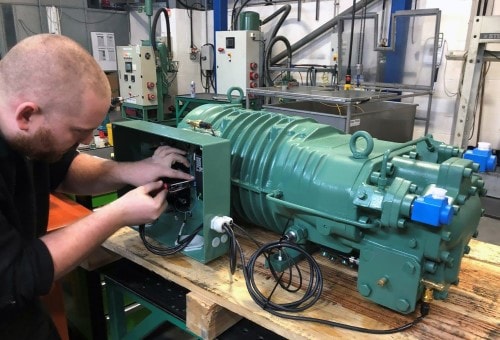 The technical issues, which had defeated contractors responsible for the site for a number of years, resulted in cooling plant repeatedly breaking down, with damaged compressors requiring total rebuilds, leading to loss of productivity and expensive repair bills.

A newly-appointed refrigeration contractor, brought in to get to the bottom of the problems, contacted Green Point UK to carry out an in-depth analysis of the refrigeration system and related controls.

Will Pribyl, Green Point UK general manager, said: “Some of the previous contractors had clearly been somewhat ‘unorthodox’ in their approach. We discovered that refrigeration plant had been poorly maintained, with ad hoc additions and changes that had left the plant limping along at best, and requiring constant attention to keep running. A potential complicating factor was the use of third-party remanufactured compressors.”

Green Point UK’s site services team worked with the contractor on the investigation. At the time of the inspection two compressors were not working; one had seized and was flooded with oil and contaminants, and the other had suffered seal failure due to overheating, resulting in leaking refrigerant.

The refrigeration plant was operating on a single remaining compressor, which was barely adequate to maintain temperatures. Green Point provided two like-for-like exchange remanufactured compressors to replace the broken units. 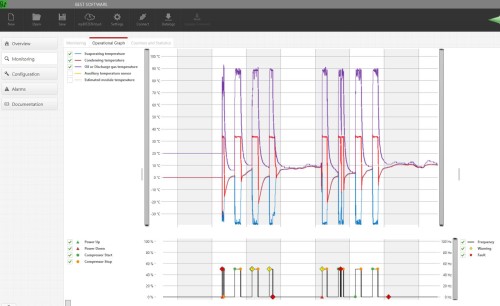 Once installed, this revealed that the plant was being manually switched off and on daily by end user staff, bypassing the automated control system. It also showed that, as a result of ad hoc changes to the control system over time, compressors were able to run outside their recommended operating envelope, further risking damage and breakdown.

Other issues identified included an inaccurate LP sensor, which had been bypassed by a previous contractor, and capacity control relying on LP switches at 1 and 2 Bar. A blown fuse on the suction header oil-return solenoid on one of the compressors was preventing opening, stopping oil returning.

Pribyl added: “From a safety perspective, perhaps of most concern was that a replacement mains power cable to the refrigeration plant installed some time ago was underrated and inadequate to run three units at full load. This was a serious fire safety risk, which thankfully so far had not materialised.

“The successive breakdowns were a symptom of poor maintenance, low quality replacement parts and ill-advised system modifications over many years. It required a combination of forensic site investigation and digital monitoring to reveal the full picture. This comprehensive approach enabled us to pinpoint all the issues and assist the contractor in working through and remedying each in turn, restoring the plant to full operation.” 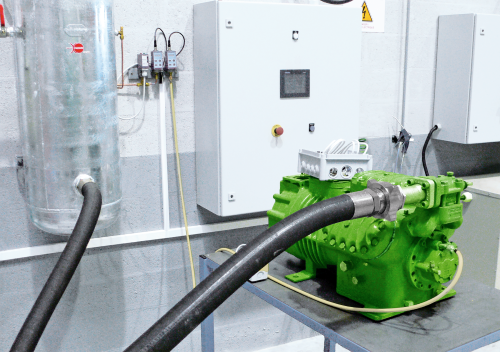 A remanufactured BITZER compressor on test at Green Point