Energy Efficiency in Food Retailing: The need to address it is now greater than ever

​Reducing energy consumption remains high on the agenda for our UK food retailers, not just to meet obligations under the Carbon Reduction Commitment Scheme, but also to reduce costs in an increasingly competitive retailing sector. 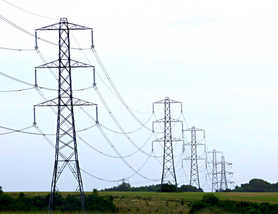 ​Alarmingly, during the same period, imports of electricity rose by 16% (0.9 TWh) to a record high of 6.0 TWh, representing 7.3% of UK consumption. This electricity was imported from France (3.9 TWh) and The Netherlands (2.1 TWh). Our electricity exports fell by 40% for 2016 Q1 compared with the same period for 2015, meaning that the UK continues to be a net importer of electricity.

​The post-Brexit fall in the value of the £ sterling against the US $ and the Euro will increase the cost of these imports and further exacerbate the year on year rise in electricity prices. The exchange rate situation will also increase the cost of mineral resources, such as gas and coal, which we continue to import for our electricity generation plants.

In the medium term, the UK’s decision to exit the EU has created further uncertainty over the import of electricity and the mineral resources required for power generation. It seems inevitable that we will need to negotiate new trade deals with the EU and its member states, which could have implications on the availability and cost of future imports.

One newspaper report (Daily Telegraph - 16 July 2016) claimed that Brexit had created doubts over the future operation of the UK energy market and increased financing costs, which will lead energy companies to demand greater subsidies to build and operate power plants, adding £350 million to energy bills.
Content continues after advertisements

​Looking further ahead, there appears to be little good news for large scale users of electricity. Despite investment in renewable energy, including wind, wave, solar, and biomass, these sources still only account for 21% of UK generated electricity and the jury is still out on whether these represent a viable return on capital investment.

The recent announcement that the development of the new plant at Hinkley C will go ahead will increase the UK’s capacity for nuclear energy to meet 7% of Britain’s energy requirements. Currently, nuclear represents just 21% of total electricity generated in the UK. However, it appears likely that power generated at Hinkley C will come at a cost premium. The Institute for Economic Affairs has claimed that Government subsidies mean that EDF will be paid £92.50 per MWh for electricity generated at the new plant, compared with a current wholesale price of approximately half that.

Faced with an inevitable increase in the cost of electricity, what can food retailers do to reduce energy consumption, cut costs and limit their carbon footprints? Refrigeration may account for between 30% and 60% of a store’s electricity usage, depending upon store format, size, food offering and environmental control systems employed, but it is generally accepted that in a typical supermarket, 50% of energy consumption may be attributed to refrigeration.
​
Therefore, it is clear that increasing the efficiency of refrigerated display equipment provides a significant opportunity to reduce energy consumption and associated costs.

​Are doors the solution for retailers?

​Whilst some retailers and equipment manufacturers have employed glass doors on open front multi deck refrigerated display cases as a means of making energy savings, it has become increasingly apparent that glass doors are not necessarily the solution for all grocery retailing environments. The frequent opening of doors in high trafﬁc areas, especially in convenience retailing outlets, severely limits the efﬁciency of doors as an energy saving solution and compromises cabinet holding temperatures.

There is also evidence to suggest that glass doors act as a barrier to shopping and particularly impulse purchases. In today’s competitive grocery retailing environment, it is impractical to introduce barriers, which may negatively impact on sales. In addition, there is the capital cost of ﬁtting glass doors, together with ongoing maintenance and cleaning costs, which bring into further doubt the viability of the glass door option. 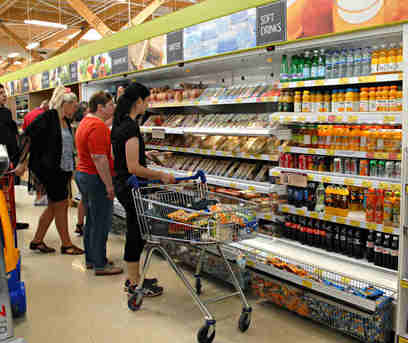 ​Our own solution, Aircell, is an air flow management system, which has been designed to be compatible with most OEM’s open front multideck cabinets or retrofitted within existing equipment. Fundamental to the Aircell concept are three vertical air curtains, rather than one, which reduce cold air spillage, improving energy efficiency by 30 to 50% and tempering cold aisle syndrome.

​The greater integrity of the air curtains and the fact that Aircell requires no back panel flow also ensure more accurate and stable operating temperatures, prolonging the quality and appearance of food.

​The system provides a degree of shelving versatility with the two ducted shelves, for the supply and return of cold air, having three height adjustments and the three intermediate shelves are fully adjustable.
​Aircell retains many of the advantages of a traditional open front multi deck, providing simple access for merchandising and shopping. As such, it is an ideal solution for high sales volume stores and grab-and-go retailing in convenience stores.

There have also been a number of other initiatives, which have claimed to offer energy saving characteristics, but the majority of these have achieved limited success.

​In my opinion there is room for more than one solution for the improvement of energy efficiency in refrigerated retail display cabinets, even within the same store. Glass doors are suitable for retailing areas with minimum footfall and low sales, whilst conventional open front multi decks will continue to be the answer for operations where merchandising flexibility and frequent changes to shelving configurations are required. Aircell provides all of the advantages of the shopper friendly open front multi deck and is particularly suited for areas with high traffic and large volume sales, whilst delivering significant energy savings, tighter holding temperatures and a more comfortable shopping experience.

I have no doubt that refrigeration equipment manufacturers will continue to develop new and more energy efficient cabinets. It remains to be seen, which products and technologies will be adopted by retailers, but one thing is for certain: the need to address energy consumption is now more important than ever.